The US forces are reportedly using white phosphorus munitions against Islamist militants in Iraq, despite widespread perception of the weapon as indiscriminate and able to cause horrific injuries to civilians.

The M825A1 shells are generally used to create a smokescreen lasting for up to 10 minutes, or make signals and markings for friendly troops. But when used indiscriminately in civilian-populated areas, white phosphorus munitions can cause severe burns.

“Coalition forces use these rounds with caution and always in accordance with the Law of Armed Conflict,” Colonel Joseph Scrocca, public affairs director for the US-led coalition, told the newspaper in an emailed statement on Wednesday. 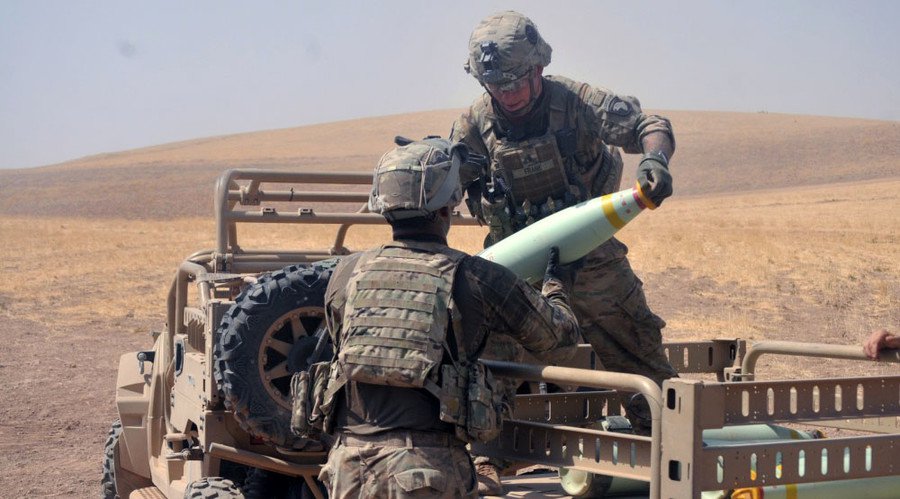 “When M825A1 rounds are employed, they are done so in areas free of civilians and never against enemy forces,” he said, adding that the shells are being used for “screening and signaling” only.

However, on Thursday spokesman for the US-led coalition in Iraq Air Force Colonel John Dorrian somewhat revised Scrocca’s statement, claiming that the troops take “all reasonable precautions to minimize the risk of incidental injury to non-combatants and damage to civilian structures.” 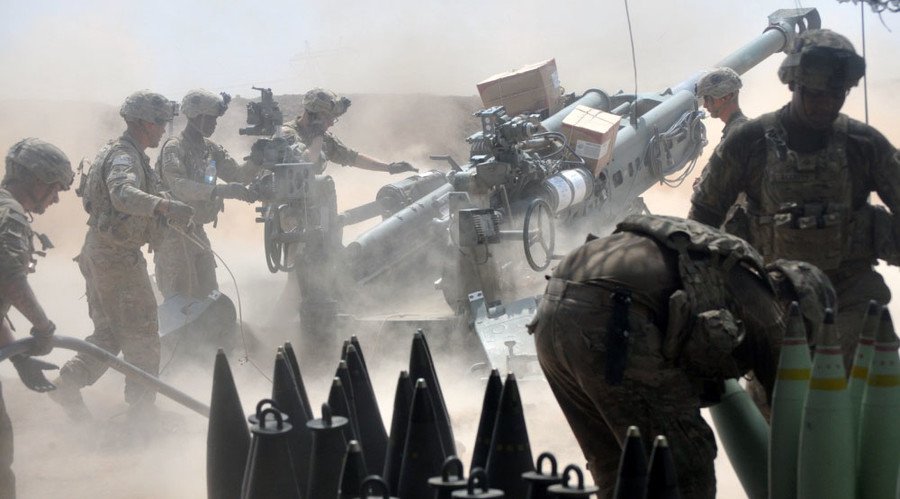 Dorrian refused to elaborate on whether the US military have used white phosphorus shells against enemy forces, telling the Washington Post that the munitions had been “used generally for the circumstances which I described.”

He added that the image posted on Dvids has allegedly been taken during a US operation to support Kurdish fighters’ advance with artillery fire. 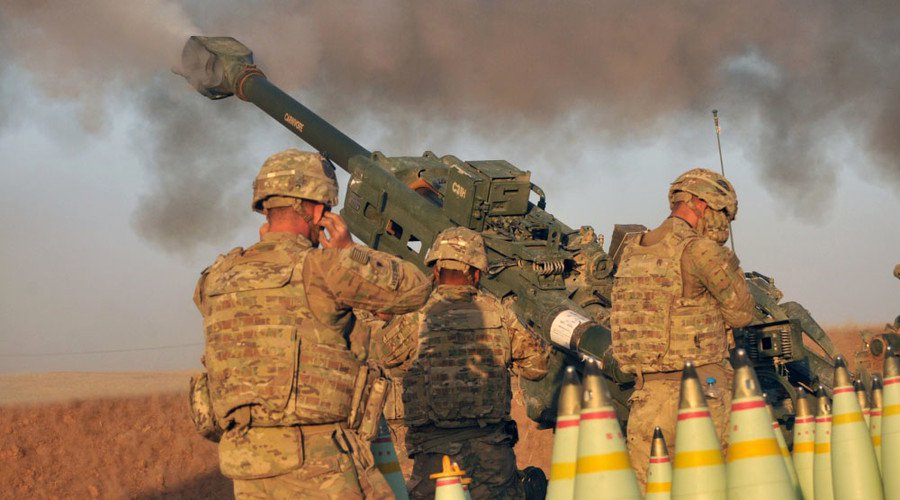 The operation, called Evergreen II, was focused on helping the Kurds secure the Gwer River Bridge, near the northern Iraqi town of Gwer, and the white phosphorus shells have been deployed to “obscure” Kurdish fighters’ offensive.

Although widely-used by some militaries, the legality of the white phosphorus munitions remains questionable. Many weapons experts and rights groups believe that the weapon is indiscriminate in nature and extremely dangerous for civilians.

Earlier this month, Amnesty International said that the weapon has deliberately been used by the Saudis against Yemeni Houthi rebels. In 2014, HRW alleged that the Ukrainian Army deployed “exceptionally cruel” incendiary weapons, including white phosphorus, against anti-Kiev rebels defending the eastern city of Donetsk.

“When white phosphorus is used in attacks in areas containing concentrations of civilians and civilian objects, it will indiscriminately start fires over a wide area,” Mark Hiznay, associate arms director at HRW, told the newspaper.

“US and Iraqi forces should refrain from using white phosphorus in urban areas like Mosul, because whatever tactical military advantage is gained at the time of use, it will be far outweighed by the stigma created by horrific burns to civilian victims.”

In 2009, HRW called on NATO forces in Afghanistan to immediately release the results of their inquiry into deadly incident in which an eight-year-old girl in Kapisa province has been burned by white phosphorus munitions.

The girl died hours after the shelling because of several burn wounds on her face and neck. NATO forces denied use of white phosphorus munitions in the area and claimed that is was Taliban that may have fired the shells, but have not provided any evidence for their claim

Welcome to The Daily Wrap Up, a concise show dedicated to bringing you the most relevant independent news, as we see it, from the last 24 hours (10/24/18). As always, take the information discussed in the video below and research it for yourself, and come to your own conclusions. Anyone telling you what the truth Read More…

Putin Warns “US Has Pushed Russia Back Into Nuclear Arms Race”

No matter where you think Trump stands — a puppet controlled by the Deep State or a victim of Deep State sabotage — what has become crystal clear this week is that the Deep State has zero regard for the will of the people and will keep control over this nation by whatever means necessary.