Johnson’s trial was fast-tracked due to the severe state of his non-Hodgkins lymphoma, a cancer of the lymph system he says was triggered by Roundup and Ranger Pro, a similar glyphosate herbicide that he applied up to 30 times per year. His doctors didn’t think he’d live to see the verdict.

Johnson testified that he had been involved in two accidents during his work in which he was doused with the product, the first of which happened in 2012. Two years later, the 46-year-old father of two was diagnosed with lymphoma – which has covered as much as 80% of his body in lesions.

Monsanto says it will appeal the verdict.

“Today’s decision does not change the fact that more than 800 scientific studies and reviews — and conclusions by the U.S. Environmental Protection Agency, the U.S. National Institutes of Health and regulatory authorities around the world — support the fact that glyphosate does not cause cancer, and did not cause Mr. Johnson’s cancer,” Monsanto Vice President Scott Partridge said in a statement.

Monsanto is a subsidiary of Germany’s Bayer AG, which closed on its $66 billion purchase of the agrochemical company in June.

On Tuesday, Johnson’s attorney Brent Wisner urged jurors to hold Monsanto liable and slap them with a verdict that would “actually change the world” – after arguing that Monsanto knew about glyphosate’s risks of cancer, but decided to ignore and bury the information.

According to The Guardian, Johnson is the first person to take Monsanto to trial over allegations that the chemical sold under the Roundup brand is linked to cancer although thousands have made similar legal claims across the United States. This lawsuit focuses on the chemical glyphosate, the world’s most widely used herbicide, which Monsanto began marketing as Roundup in 1974.  The company began by presenting it as a “technological breakthrough” that could kill almost every weed without harming humans or the environment. –SHTFplan.com 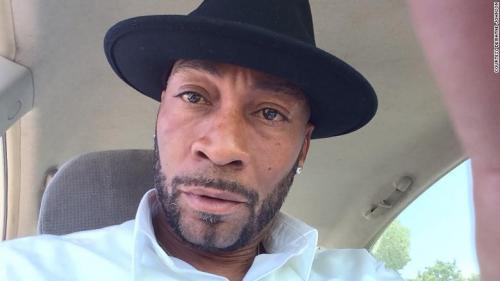 Johnson’s case isn’t part of the consolidated proceedings in Missouri, Delaware or California state court, where some 2,000 similar cases are pending. It’s also separate from a federal multidistrict litigation waiting to be heard by US District Judge Vance Chabria of San Francisco – who allowed hundreds of Roundup lawsuits to proceed to trial after ruling that there was sufficient evidence for a jury to hear the cases despite calling a plaintiff’s expert opinions “shaky.”

Documents released in August of 2017 led to questions over Monsanto’s efforts to influence the news media and scientific research and revealed internal debate over the safety of its highest-profile product, the weed killer Roundup.

As the New York Times noted last year, new internal emails, among other things, reveal ethical objections from former employees to “ghost writing” research studies that were pawned off as ‘independent’ analyses.

The documents underscore the lengths to which the agrochemical company goes to protect its image. Documents show that Henry I. Miller, an academic and a vocal proponent of genetically modified crops, asked Monsanto to draft an article for him that largely mirrored one that appeared under his name on Forbes’s website in 2015. Mr. Miller could not be reached for comment.

A similar issue appeared in academic research. An academic involved in writing research funded by Monsanto, John Acquavella, a former Monsanto employee, appeared to express discomfort with the process, writing in a 2015 email to a Monsanto executive, “I can’t be part of deceptive authorship on a presentation or publication.” He also said of the way the company was trying to present the authorship: “We call that ghost writing and it is unethical.”

The newly disclosed emails also reveal internal discussions which cast some doubt over whether internal scientists actually believed in the company’s external messaging that Roundup was, in fact, safe.

“If somebody came to me and said they wanted to test Roundup I know how I would react — with serious concern.”

The documents also show that a debate outside Monsanto about the relative safety of glyphosate and Roundup, which contains other chemicals, was also taking place within the company.

In a 2002 email, a Monsanto executive said, “What I’ve been hearing from you is that this continues to be the case with these studies — Glyphosate is O.K. but the formulated product (and thus the surfactant) does the damage.”

In a 2003 email, a different Monsanto executive tells others, “You cannot say that Roundup is not a carcinogen … we have not done the necessary testing on the formulation to make that statement.”

Not surprisingly, Monsanto’s lawyers have argued that the comments above have simply been taken out of context…

Monsanto said it was outraged by the documents’ release by a law firm involved in the litigation.

“There is a standing confidentiality order that they violated,” said Scott Partridge, vice president of global strategy for Monsanto. He said that while “you can’t unring a bell,” Monsanto would seek penalties on the firm.

“What you’re seeing are some cherry-picked things that can be made to look bad,” Mr. Partridge said. “But the substance and the science are not affected by this.”

Glyphosate – Roundup’s main ingredient, was first approved for use in weed killers in 1974, and has grown to become the world’s most popular and widely used herbicide.

Israel Warns It Will Use ‘Uncompromising Force’ Against Gaza

The Department of Justice admitted in a Friday court filing that the FBI used more than one “Confidential Human Source,” (also known as informants, or spies) to infiltrate the Trump campaign through former adviser Carter Page, reports the Daily Caller.  “The FBI has protected information that would identify the identities of other confidential sources who provided information or intelligence to the FBI” Read More…