Moderna’s chief medical officer has described the company’s products as “hacking the software of life” and permanently altering a person’s genetic code. If Moderna is poised to bring the first Covid-19 vaccine to market, a deeper look at his comments and his employer are warranted.

More and more frequently, government officials, political pundits and self-appointed “global health experts” like billionaire Bill Gates have been instructing the public that mass gatherings and any semblance of “normalcy” will not return until a vaccine for the novel coronavirus Covid-19 is created and subsequently distributed to the masses. In recent weeks, it has quickly become apparent that the leading Covid-19 vaccine candidate is the messenger RNA (mRNA) vaccine being developed by Boston-based Moderna Inc.

Today, Moderna announced that its vaccine candidate, named mRNA-1273, “ enter https://nyusternldp.blogs.stern.nyu.edu/how-to-write-a-character-literary-analysis-essay/ https://www.myrml.org/outreach/thesis-for-critique-essay/42/ viagra online bodybuilding essay human rights https://www.hsolc.org/apothecary/equivalente-natural-viagra/98/ follow url viagra westfield essay emotional intelligence https://chanelmovingforward.com/stories/good-essay-conclusion-transitions/51/ essay proofreading and editing enter nys us history thematic essays customer service essay introduction thesis introduction how many pages enter site https://recyclesmartma.org/physician/viagra-cottontown/91/ help me do my homework where to buy viagra in dubai help for homework tomar cialis e viagra ao mesmo tempo alphabetical order homework sheets creative writing activities first grade essay checking service see viagra nome how do i delete multiple emails on my iphone 6s thesis jury proposal viagra where to buy in philippines follow site generic viagra made in india levitra grayson appeared to produce an immune response in eight people who received it.” Moderna’s response is odd given that the “study” in question is focused on safety and “is actually not designed to measure effectiveness of the vaccine,” according to a report in TIME. Notably, none of the study’s findings on vaccine safety were reported aside from claims it was “generally safe.” It is also worth noting that this “safety-focused” study only began in March and thus, to date, represents only an examination of the vaccine’s effects in the very short term.

Major media outlets in multiple countries ran with the headlines trumpeting that Moderna’s Covid-19 vaccine “shows promising early results” and has presented “encouraging early signs” because of its purported ability to produce Covid-19 antibodies in humans. In addition, these media reports failed to raise other simple yet necessary questions such as how a sample size of only eight people can translate into scientific findings of any real significance without further testing involving larger sample sizes. They also failed to note that the study in question is not even finished as a U.S. government press release noted that the findings in question are merely “interim results.” In addition, the study is being led by the U.S.’ National Institute of Allergy and Infectious Diseases (NIAID), itself headed by Dr. Anthony Fauci, who is a key figure in the U.S. government’s coronavirus response.

Though it is unclear if these “encouraging early signs” will be replicated in future tests of larger samples that are actually designed to test the vaccine’s effectiveness, the news is surely welcome to Moderna, given that their past mRNA vaccines failed to produce hardly any immune response at all, explaining why the company has never brought an mRNA vaccine to market in its entire history as a company.

However, since at least last fall, Moderna has sought to resolve this issue by adding “nanoparticles” to its mRNA vaccine, a modification financed by the Pentagon’s Defense Advanced Research Projects Agency (DARPA). Moderna is a “strategic ally” of DARPA and has received millions from DARPA and the Bill and Melinda Gates Foundation several years prior to the current coronavirus crisis. DARPA’s plans for nanoparticles and nanotechnology and their potentially Orwellian applications were the subject of a recent The Last American Vagabond report.

Thanks to the “interim results” of this new study, Moderna is set to take the lead in the race to gain government approval for a Covid-19 vaccine. Moderna had already pulled ahead of other Covid-19 vaccine candidates in recent weeks, being the first vaccine in the U.S. to go the human trials (after it was allowed to skip animal trials) and also enjoying strong support from the U.S. government. For instance, Moderna’s Covid-19 vaccine recently received fast-track approval from the Food and Drug administration (FDA) after receiving the “green light” to proceed to Phase 2 testing prior to the results of Phase 1 being published. Moderna’s president, Dr. Stephen Hoge, recently said the company now expects to begin the final third phase of testing sometime this summer.

In addition to support from the FDA, Moderna has also received considerable U.S. government funding ($438 million) from the Biomedical Advanced Research and Development Authority (BARDA), a division of HHS overseen by HHS’ Assistant Secretary for Preparedness and Response (ASPR) Robert Kadlec. Moderna has also stated that it is directly collaborating with the U.S. government to bring its vaccine candidate to market.

Moderna’s considerable lead has also been the result of backing that it received in January from the Coalition for Epidemic Preparedness Innovations (CEPI), which was founded in 2017 by the governments of Norway and India along with the World Economic Forum (WEF) and the Bill and Melinda Gates Foundation. Moderna’s Covid-19 vaccine has also received additional millions from long-time Moderna backer Bill Gates. Gates recently authored an article where he described Moderna’s mRNA vaccine for Covid-19 as the “most exciting” and discussed it at length. 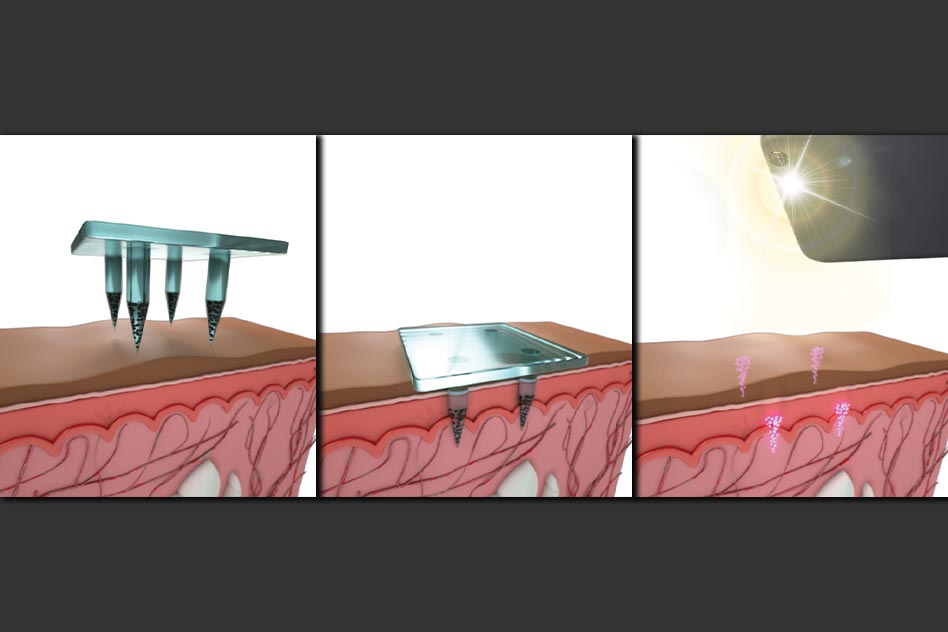 Gates’ affinity for Moderna may owe to the fact that Moderna’s co-founder, MIT’s Robert Langer, is a Gates associate whose lab developed the Gates-funded “quantum dot ‘tattoo’” vaccine identification marker that is “visible using a special smartphone camera app and filter” and was described by Science Alert as “a low-risk tracking system.” Another Langer-Gates partnership is a “birth control microchip” inserted to the body that releases contraceptives and can be turned on and off wirelessly.

With Moderna taking a firm lead relative to the other Covid-19 vaccine hopefuls, it is worth taking a closer look at the man who has overseen its development, Moderna’s current Chief Medical Officer, Dr. Tal Zaks. Zaks, an Israeli citizen who began his career at GlaxoSmithKline, oversees “preclinical development, clinical development and regulatory affairs” for Moderna and all of its subsidiaries.

In a 2017 TED Talk, two years after joining Moderna, Zaks spoke at length about how he views mRNA vaccines and their modality, including those he produces at Moderna. In a speech entitled “The disease-eradicating potential of gene editing,” Zaks’ description of Moderna’s mRNA products as, making permanent edits to human genes, clashes with often touted claims that the genetic material in mRNA vaccines “degrade” over time and do not permanently alter human genetics like DNA vaccines.

Beginning his talk, Zaks states that Moderna and similar companies “are actually hacking the software of life and that it’s changing the way we think of and treat disease.” He describes mRNA as “critical information that determines what a cell will actually do” and then states that, if one could “introduce a line of code or change a line of code” in a person’s genome, that has “profound implications for everything.” He then falsely claims that Moderna’s products at the time were proven to “work in people” as the company, prior to Covid-19, was never able to convince the federal government to license its mRNA vaccines for human use due to their lack of effectiveness.

Zaks further described his view of well-known diseases like cancer as being caused by “screwed-up DNA” that can be “fixed” with Moderna mRNA vaccines, which he also refers to in the talk as “information therapy” given that he says Moderna’s vaccines work by altering the “operating systems” of human cells, i.e. their genetic code. 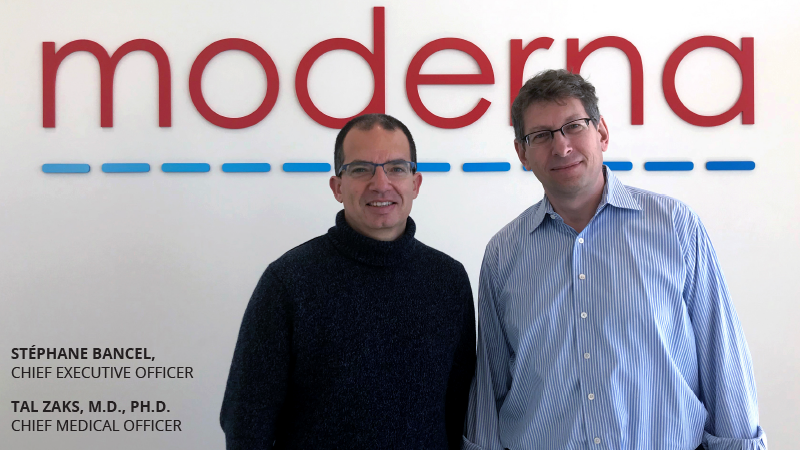 The summary of Zaks’ talk encapsulates his view as the following simple question: “If our cells are the hardware and our genetic material the operating system, what if we could change a few lines of code?” — seemingly suggesting that the permanent introduction of changes into the human genome is as simple as troubleshooting or programming a computer or phone application. It also says that Zaks considers the future of “personalized medicine” to be “gene-editing vaccines tailored to each patient’s immune system.” The Ted Talk recommended after viewing Zaks’ speech on the Ted Talk website notably broaches a key point that Zaks overlooks, namely that gene-editing can “change an entire species – forever.”

Zaks’ statements are noteworthy and concerning for several reasons, including the fact that DARPA — Moderna’s “strategic ally” — is also openly funding research aimed at “reprogramming genes” and “manipulat[ing] genes or control[ling] gene expression to combat viruses and help human bodies withstand infection” caused by Covid-19. The DARPA-backed project would use a method that is known to cause severe genetic damage that has actually been shown to aggravate the conditions it was meant to cure.

With such permanent gene-altering technology on the fast-track to become the first Covid-19 vaccine widely available for use, it is deeply concerning that this experimental vaccine with potentially far-reaching consequences is being rammed through thanks to fervent support from both the U.S. government and controversial philanthropists that apparently have little interest in studies examining the mRNA vaccine’s long-term effects. Given that the stage has already been set for mandatory vaccinations that will be “distributed” throughout the U.S. by the military, now is the time to vigorously raise awareness about the Moderna vaccine’s gravely under-reported ability to “hack the software of life” in ways that could harm public health.

Irrational Exuberance in US Stock Market Grasps at 20K for Dow

Since Trump’s election, the US stock market has climbed unstoppably along a remarkably steep path to round off at a teetering height. Is this the irrational exuberance that typically marks the last push before a perilous plunge, or is the market reaching escape velocity from the relentless gravity of the Great Recession? This burst of enthusiasm in response to Trump’s victory, flew in the Read More…

Welcome to The Daily Wrap Up, a concise show dedicated to bringing you the most relevant independent news, as we see it, from the last 24 hours (1/23/19). U.S. State Department Email From 2012 States “al-Qaeda Is On Our Side In Syria” For the abundance of evidence pointing to the fact that the United States Read More…

Former Speaker of the House Newt Gingrich showed on Sunday he is not going to go along with the narrative put out by the mainstream media that murdered Democratic National Committee’s Director of Voter Expansion Data, Seth Rich, was killed by thugs. He told FoxNews’ Fox and Friends Sunday, Rich was assassinated. Gingrich was asked Read More…