It is generally accepted that Meditation has many benefits. It’s good for calming the mind, it’s good for alleviating stress in the body, and it’s good for focus and creativity. But, what exactly is Meditation? The truth is that the concept of Meditation is much more complicated than the practice itself. Scriptures in Ancient India detail the practice, which date back about 4,000 years, but how does it apply to modern-day life?

With so many different definitions and techniques, understanding the elaborate world called ‘Meditation’ can seem anything but simple. In fact, learning the practice and anticipating the results can prove to be quite intimidating, confusing and potentially discouraging without having the proper introduction. Understanding the history and the culture of different regions seems appropriate to explore the relationship Meditation has had, or lack there of. For example, the western world (America in particular) wasn’t established on these spiritual values. Yes, there was religion, but the spiritual and moral depth were compromised to fulfill immediate political and social goals without any real understanding of long-term consequences. That being said, Americans are descendants of gun wielding men who were given free land in order to fight the front lines of a territory war, a battle to the end. What does this have to do with Meditation? Well, no one seems to be talking about the deeper problems of why understanding these ‘Yogic’ concepts of movement and stillness appear to be so challenging. It begins to explain why something so simple, like sitting with no stimuli, seems so unreachable, so unattainable and sorely inconvenient. 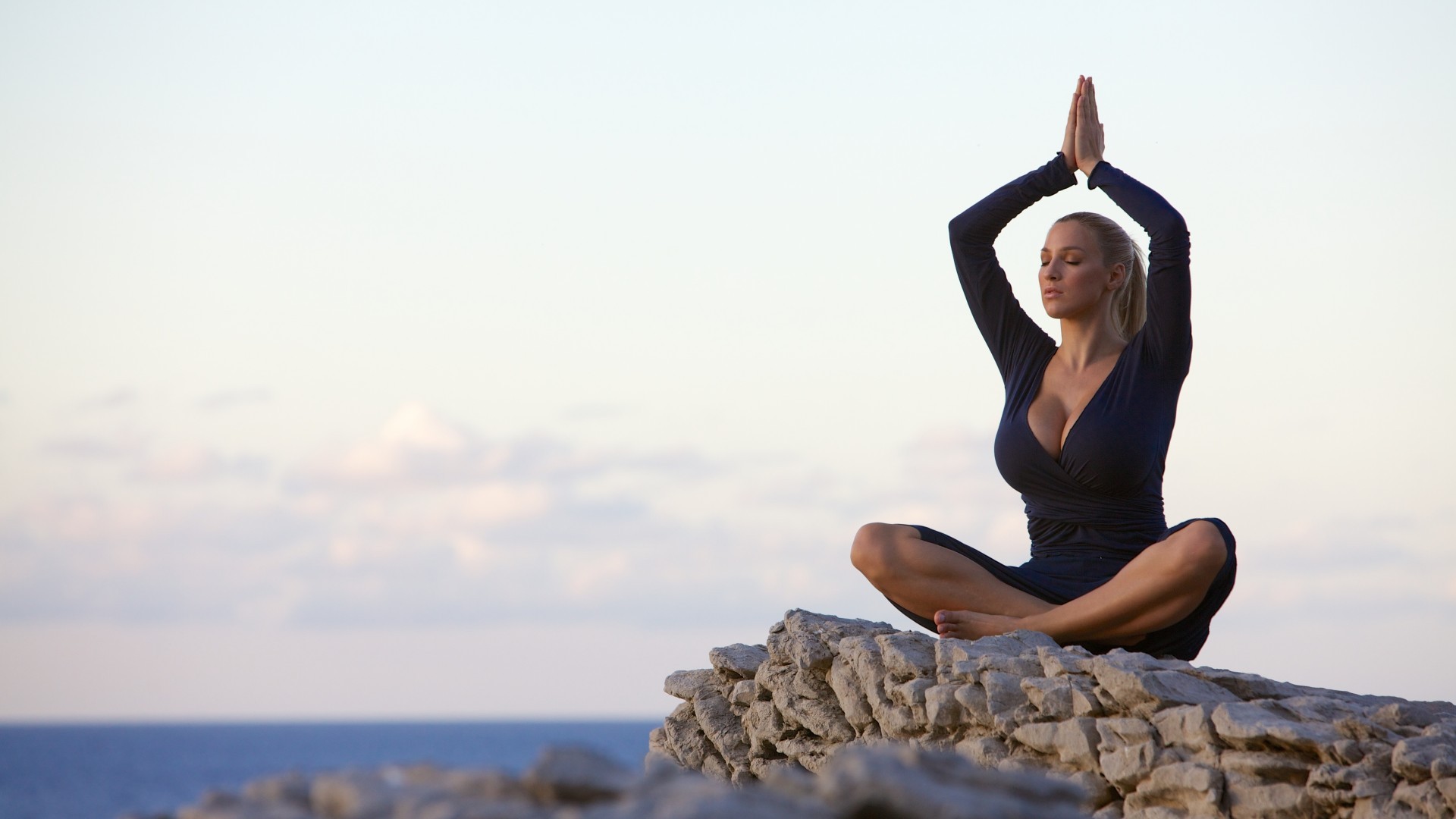 The American population has been conditioned, trained and programmed to live a certain way ever since the country was first established. The cultural values and social structure build a solid foundation for good consumers and producers. Lack of proper education and pre-occupation with industrial jobs and cultural purging through boarding schools never encouraged straying away from the social norms. Inspiration to dream and imagine a life of serenity, unity, and self-love didn’t seem part of the ‘plan.’ Americans were hard workers and loyal fighters and for the most part were relatively quiet and question-less when it came to the American lifestyle. It seemed like quite a dream, didn’t it?

Though it now appears the quick and vicious pace of endless work seems to have taken its toll. It is now a very real nightmare. The desensitization in this nation occurred long before technology. It occurred when a self-righteous society praised competition over community; valued external goods over human life; and superimposed their religions and world views upon anyone within their borders. Any population that disagreed with the majority’s obvious domination of power and greed were vastly out numbered. No wonder it isn’t easy to sit, to be with silence, to be quiet in a way that doesn’t feel like suppression or that lacks the presence of anxiousness. The feeling of taking action is stronger than the desire to sit and be still. And that’s okay, acknowledging that is the first step.

When first researching different Meditation techniques some may appear silly, foreign, or just a waste of time. Being raised without any background in the culture or the process can make it harder to understand and more difficult to validate the practice. But now the evidence is undoubtable and it seems that the majority of the population needs it more now than ever. Science has become a huge advocate in the study and explanation of the endless health benefits of meditation that range from pain management, emotional health, prevention of heart disease, lowering of blood pressure and even creating new neuropathways in the brain. Techniques range from repeating a ‘mantra,’ focusing on an object or the flame of a candle, focusing on a color, focusing on the breath, visualization, and even walking. The truth and necessity of this ancient practice and its endless results are now surfacing mainstream.

Meditation is really quite simple. It is the act of being so immersed into the present moment that the focus is no longer on the ‘I’ or ‘me’ but becomes a divine merging into the fabric of consciousness itself. It is not something to be learned or something that is missing, that must somehow be accomplished or attained. It is the unfolding nature of the interconnectedness of all things. It is more of an overall awareness than a specific action. The understanding that somehow a tree, the breeze, the animals and the people are all existing in the same material of space and time. Interconnected. The practice is not about specifically emptying the mind; it’s not about being particularly silent or still (though, perhaps that will come naturally in time). It is simply the act of sitting down with nothing to occupy the body or the mind.

To exercise the attention to no longer focus on mundane and repetitive thoughts. Encouraging the mind to break free of mental patterns and conditioning. This provides time for the body to become aware of any other sensations occurring that it was not experiencing before due to the fact of being pre-occupied. Allowing a realization of these things to unfold without judgment, ridicule or frustration is incredibly important. Start by simply peeling away one layer at a time. And in the process remember: discomfort is only communication, pain is only communication – which may be experienced if the body is processing an emotional block or digesting or releasing an emotional trauma. With that said, Meditation – at least at the beginning – is about learning what the body is trying to communicate; becoming aware of the thoughts themselves. Re-integrating back into the body and reversing the de-associative quality that is now so prevalent. 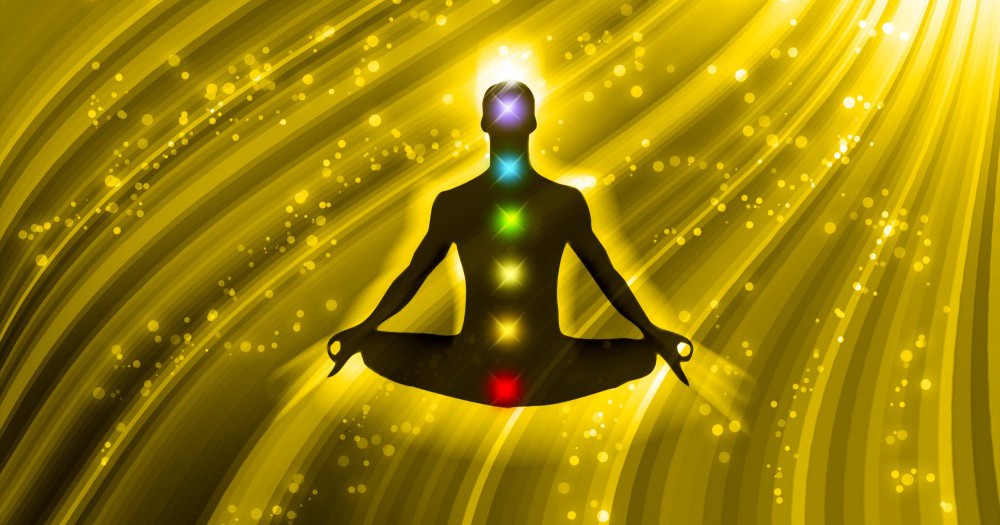 Becoming aware of thoughts and discomforts strengthens the ability to control them, resolve them and redirect the attention to where it is wanted instead of where it would automatically run. The thoughts that were there don’t simply disappear, but they begin to lose their power to pull on the conscious mind. The result of this ability, to redirect our focus, allows one to experience the silence and gaps in between the mental chatter. Just like the breath. The inhale, the exhale and the moment of silent stillness in the transition from one to the other. As the focus becomes more placed on these gaps, naturally more of this space is created. So what becomes is a shrinking of the amount of thoughts and an increase in the spaciousness available for awareness to move in. Meditation provides a safe space for healing. Everyone carries personal and cultural wounds from the past. Some heal, some scar, and some remain open. But in a world with such an immediate need for healing and change, the question arises: how? The answer is: one person at a time. Becoming responsible at the individual level.

Starting the practice of meditation is easier than one might think. Start by simply sitting. That’s all. 11 minutes a day – at least. Make the time for it by creating some sense of structure. Explore the different techniques, but know they are not the answer – they are not the ultimate goal. They will reflect rays of light, but they are not the sun.

The intelligence needed to navigate through this life has always been buried deep within the human heart. One day after many sessions of practice – whether it be walking, running, sitting, or doing the dishes – there may be an experience of being completely unidentified. So consumed in the quality of the action itself that the sense of self, ego, thoughts and opinions subside and all that is left is this experience of witnessing. Of just simply being the observer. Within the experience itself there is a shocking truth. That meditation has never been given or taken away. It is simply the experience of life itself. The remembering of the true roots of all humanity, Divine Universal Love.

Crystal Sloan
Crystal Sloan is a 200hr RYT certified Yoga Instructor. She has a background and interest in many fields associated with the heightening and expansion of Human Consciousness and the alleviation of Human Suffering. She is understanding of the obstacles we face as a population but emphasizes that beyond what we see, the most power is held in what we believe. In these times of turmoil she is dedicated to revealing truth while continuing to believe and support that a positive outcome is always possible. That the future and the past are not solid, they are both influenced by our present choices. She is dedicated to being a part of the planetary awakening and encourages others to rise and acknowledge their own voice and co-creative power.
http://new.TheLastAmericanVagabond.com

The number one reason why people seek medical attention is pain. A differing number of pains notably slow down the quality of life for a lot of patients. Modern physicians are taught that medications which contain a considerable amount of opioids provide the best solution against pain, yet the most current research is now revealing that opiate-based Read More…

“There all paradoxes seem to obtain actually, contradictions coexist logically, the effect is greater than the cause and the shadow more than the substance. Therein the visible melts into the unseen, the invisible is manifested openly, motion from place to place is accomplished without traversing the intervening distance, matter passes through matter. There two straight Read More…