On the 27th of October a hearing will be held in California to determine whether cannabis should remain on the schedule one substance restricted list. Information will come to light that many have known since the substance was inducted: the classification of cannabis as a schedule one substance is unjustified, and that is has remained as such in the face of known and ignored facts, is unconstitutional at best.

Since the beginning of the war on drugs, this now disillusioned government has intentionally manipulated the public’s view of cannabis to protect the personal interests that were being threatened. Many would rather believe that topics such as this are the product of conspiracy theorists and anti-Americans. However, this is the unfortunate truth 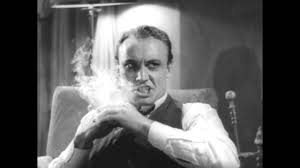 and all one has to do, is a very mild amount of research to come to the same conclusion. Originally, it was the timber industry that was threatened by the rising hemp capabilities that scared key political families into a massive cannabis slander campaign. Whether one believes the catalyst to be a specific individual or group, the ongoing effort to keep hemp and cannabis misunderstood is the true evil. Today it is still a very real threat to the timber industry, but the larger multibillion dollar pharmaceutical industry has the most to fear when it comes to what cannabis could, and will, render obsolete.

Doctors Carl Hart, Associate Professor of Psychology at Columbia University, retired physician Phillip Denny, and Greg Carter, Medical Director of St. Luke’s Rehabilitation Institute in Spokane, Washington will testify Monday that cannabis is not the youth corrupting, addictive substance the federal government makes it out to be. Accepted science does not justify the listing of cannabis as a dangerous “Schedule I” substance, many say.

[quote]“It is my considered opinion that including marijuana in Schedule I of the Controlled Substances Act is counter to all the scientific evidence in a society that uses and values empirical evidence. After two decades of intense scientific inquiry in this area, it has become apparent the current scheduling of cannabis has no footing in the realities of science and neurobiology.” Dr. Hart declared.[/quote]

This hearing is of monumental importance. Not only the outcome, but the simple fact that is has been granted and the question of relevance acknowledged. Anyone can see the rising momentum of the Marijuana Movement and how it has changed what the average citizen thought possible.

[quote]“This is an unprecedented hearing. This is the first time in recent memory that a federal judge has granted an evidentiary hearing on a motion challenging the statute which classifies cannabis to be one of the most dangerous illicit substances in the nation.” Writes Paul Armentano, deputy director of NORML[/quote] 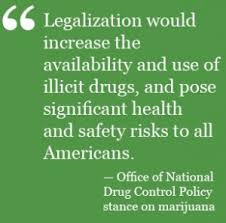 The government continues to claim that cannabis is a dangerous and addictive substance completely lacking any medical value despite the continually growing documentation of evidence to the contrary. Even in the face of absolute defeat in the coming hearing, these officials hold to the outdated and archaic rhetoric. If it weren’t such an important issue to our society, one would almost admire the resilience and determination exerted to keep this miracle plant illegal.

Government witness Bertha Madras, former White House Drug Czar deputy director under George W. Bush will defend the Schedule 1 designation. Madras states cannabis has no accepted medical use and is unsafe. Madras states she supports the pharmaceuticalization of THC and CBD, while criminalizing the use of the plant they come from.

That point would make sense if it weren’t completely false. In many places around the world these substances are used naturally everyday. It is in the United States, that has become so intentionally dependent on its pharmaceuticals, that natural products are not frequently used. However, there are plenty, even within the country, that choose the natural route, so her argument is unfounded.

This hearing needs the attention of the entire country. The American people cannot allow this to be yet another cannabis related victory swept under the rug of politics and lies; kept from the eyes of those riding the fence on the issue of legalization. There are many out there just waiting for that concrete piece to the puzzle, coming from a “trusted official” that explains how cannabis is not the devil plant it was once thought to be. This is that moment, and when the outcome shows the facts most know to be true, the people must be ready to spread the word. Stand tall and hold your head high, for the day of reckoning has come. History remembers those that put personal desires before the needs of the people. Those who have told “The Lie“ will always be remembered, just not the way they had hoped.

Elderly Man Called 911 Due to Hunger, Officers Did Something Unexpected

Last Saturday, a disabled 79-year-old man called dispatchers saying he hadn’t eaten in two days and was hungry. The 911 call was a last resort for the elderly man, but it was answered by a group of police officers of Mt. Pleasant in Tennessee. WKRN News reports that a group of the station’s officers showed up at the hungry Read More…

Welcome to The Daily Wrap Up, a concise show dedicated to bringing you the most relevant independent news, as we see it, from the last 24 hours (7/28/20). As always, take the information discussed in the video below and research it for yourself, and come to your own conclusions. Anyone telling you what the truth Read More…

10 More Beautiful Images That Remind You We Still Live In A Beautiful World, With Beautiful People

It seems sort of funny to think we have to “restore faith in humanity,” but when we live in a day and age filled with so many controversial, sad, and downright wrong happenings in the world, we do, indeed, need stories to lift us up. In our day-to-day lives, we witness just how ungrateful and impatient humans, Read More…