The idea of a false flag, while having a verifiable history in both the US and elsewhere, has been largely seen as a “conspiracy theory” throughout the years, again, despite tangible evidence to the contrary. Why is that?

That type of collectively incorrect group-think perspective, on a specific topic, simply does not happen organically; it’s created, cultivated, and stoked. Meaning there was, and is, a concerted effort to make the very real and historically practiced concept of a false flag seem crazy; not real. There are many reasons such an effort would take place, but most importantly of all, is so when the next one happens, the next event that is faked, created, or simply capitalized on, you will choose not to see it, choose not to believe it, refuse to believe it would, or could ever happen in this country; because, as you were taught, it never has … right?

Well in the case of the recent events in Las Vegas, it is beginning to become clear, to what seems like a majority of Americans, that the idea of a false flag is not only possible and historically documented, but that we are witnessing one currently under way in Las Vegas. Recently, YouTube was exposed for openly censoring content that demonstrated clear gaps in the official story or outright misrepresentations of the actual evidence. No explanation given, simple censorship to protect the State narrative. Truly, what more does one need to begin asking questions?

It is always important to note that deeming an event a “false flag” does not mean by default that no one died, or even that the event took place, as all that is required to make it such is a false and deceptively created back story around a given event that makes a casual viewer of the fabricated “evidence” believe another is responsible other than who actually carried out the event. They create and manipulate the information available in order to shape others’ perspectives to suit their political and personal desires, using emotion to do so. An event could have happened randomly, hypothetically, but was then manipulated to look like an enemy of the US, so as to create US justification for a long-sought socio-economic invasion, excuse me, “liberation,” all while the US enemy in question was never involved in the first place. A great example of this would be what has been taking place in Syria.

There are indeed events that have taken place in this nation’s history, such as the Gulf of Tonkin or 9/11, wherein American lives were lost, and we now know that the story given was not only incorrect, but intentionally so, in order to create the fraudulent justification needed to manipulate the American people into yet another war; that which they never truly want until their strings of patriotism are surreptitiously pulled from the shadows.

There are many potential reasons as to why this event would be created, or simply used, especially when considering how many politicians are currently using this tragedy, despicably so, to further their own careers and agendas. Yet the most logical arguments so far have been the ones discussing the Second Amendment, the government’s desire to initiate martial law as a precursor to initiate a path toward globalism, or as a way to further restrict both our Constitutional rights, as well as the Internet, and thereby the independent media. Some may read such claims and immediately think that we are being alarmist, or paranoid. However, these are steps that are no longer being hidden or disguised. A simple bit of research would show as much.

The crowd fled at the sound of gunshots.

Imagine the deaths if the shooter had a silencer, which the NRA wants to make easier to get. 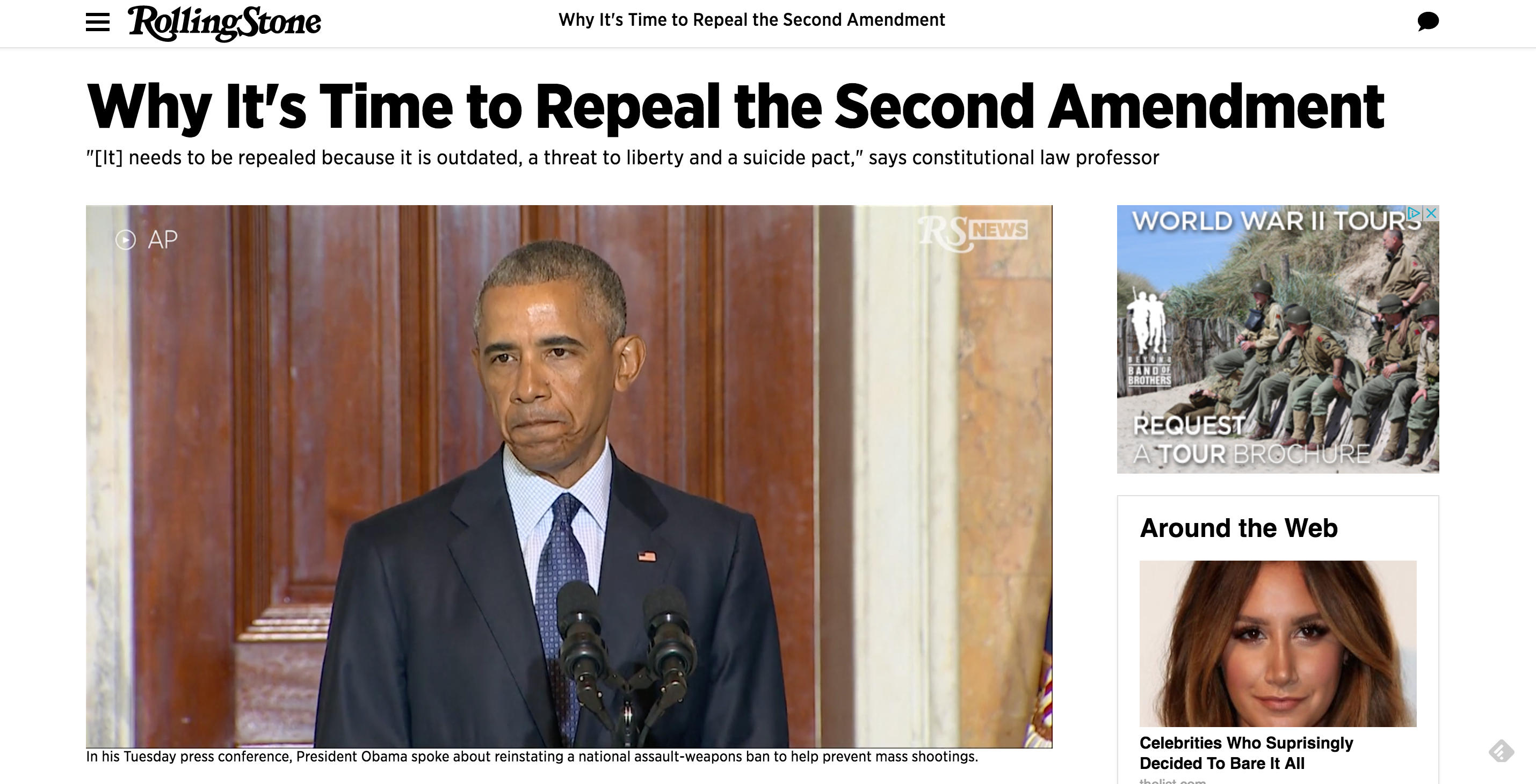 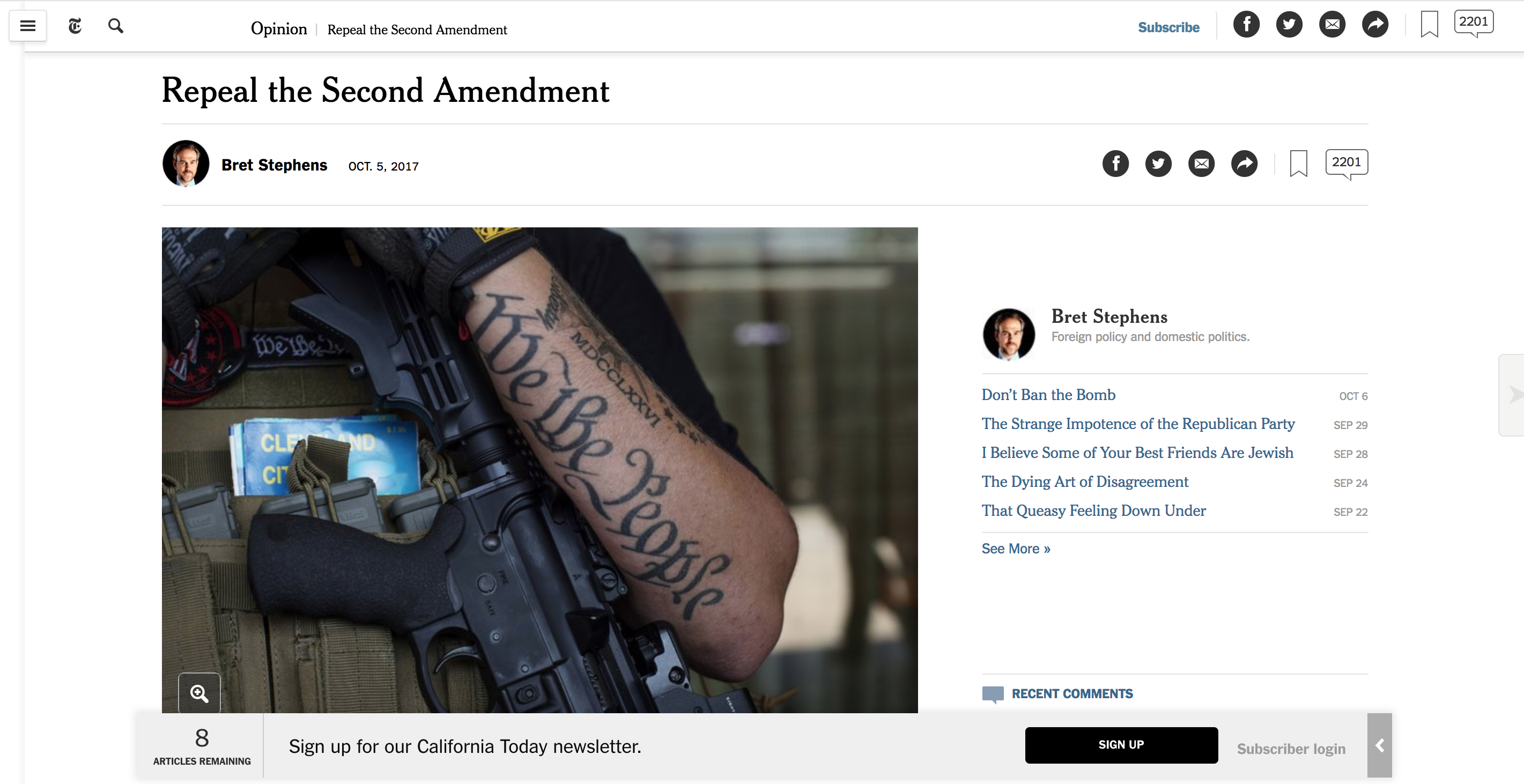 At the end of the day, it is important to remember that anything is possible. In the case of Las Vegas, what we now have in front of us makes it undeniable that so far, we have been lied to. We can speculate as to why, but it can no longer be denied that there was more than one shooter, or that he had help (possibly from the FBI), or that the types of guns being reported as used by Paddock in the shooting, are not the guns he actually used. This, among many other factors, shows us that even if the Second Amendment was not the primary objective, this event is being used to further advocate for the banning of guns outright, as we see in the articles above.

All of you out there within independent media (and genuine in your intent), as well as those supporting independent media, the reason we have the answers we do, is due to your work and support. If the independent media (which to us at TLAV includes those who follow, share and support our work, as they ARE The Last American Vagabond) had not sought out and found the truth within the carefully cultivated lie, and had not had the courage to stand in opposition to what we are supposed to see as “The Majority,” we would not know that there was more than one shooter, or about Paddock’s real history, or even the truth about the types of guns used; all were points on which the American people were intentionally misled, and only later were grudgingly admitted to once their hand was forced due to those striving for truth.

They are failing, and they know it. Stay Vigilant.

Welcome to The Daily Wrap Up, a concise show dedicated to bringing you the most relevant independent news, as we see it, from the last 24 hours (6/22/18). One thing the establishment is truly struggling with today is maintaining its facade of altruism. A mask they have cultivated over the years while we were dumbed Read More…

CIA Is Conspiring With ISIS In Northeastern Syria: Turkish Media

The CIA is conspiring with ISIS in camps controlled by the Syrian Democratic Forces (SDF) in northeastern Syria, according to Turkey’s pro-government daily Yeni Safak. NOTE: In its report, Yeni Safak describes the SDF as the Kurdistan Workers’ Party (PKK), which is considered to be a terrorist group in Turkey, the US and some other Read More…

Scientists plan to use geoengineering — capturing carbon from the air, and spraying aerosols to dim sunlight — to stave off theorized global warming. (TFTP) Undeterred by steep cost and the interminable controversy on the very concept of global warming, scientists will again experiment with geoengineering — as a means to bolster the effect of cloud cover Read More…