Another ancient holistic remedy has continued to circulate itself through Western underground recreational drug culture, pharmacology, and most importantly, in the realm of holistic medicines, drug rehabilitation and alternative medicines. While the legal status of kratom varies around the world, it is currently considered legal on the majority of the Earth, and is surprisingly still legal and growing in popularity in places like the United States. It is often thought to be an herb, but is actually a coffee tree that was originally native to Malaysia and Thailand. The leaf is picked from the tree and brewed into a tea, or mixed into other drinkable/consumable items; picked fresh from the tree, it is often gummed in the lip like tobacco chaw. While there is some history of it being smoked, and it does not have any negative side effects from the smoking, the pharmacological structure of the plant is not properly dispensed when burned.

For general users, a proper dosage of kratom is anywhere from 1-5 grams, and because it is usually ground to a powder for ingestion, the effects tend to onset fairly quickly–within fifteen minutes. There has never been a recorded death due to kratom consumption, and due to practical and pharmacological reasons it is essentially impossible. One can however overdose on kratom, yet the symptoms, in the worst case scenario, could include: nausea, vomiting  and general unpleasantness.

Important to note is the network of different alkaloids that attribute to the “high” that kratom gives. As a result, the interaction of some of the plant’s alkaloids in the human body act as a check-and-balance for the psychoactive alkaloids of the plant. Basically, the more of the leaf that is consumed, the more the other alkaloids will eventually further suppress the psychoactive properties. Furthermore, it is reported that simply due to the body’s natural timing and rhythms, it is next to impossible to eat any more than an ounce (28 grams) of kratom at a time, because a human wouldn’t be able to consume this amount all at once; and by the time the person had finished the entire ounce, the beginning of the ounce would already be setting in, and so would the nausea and vomiting. However, it should be noted that when kratom is turned into an extract, which is a popular delivery method, the concentration of alkaloids could be varied, and therefore, so could the check-and-balance that was mentioned above; but in this case, the example of eating an ounce of kratom is cited once again even in the case of extracts.

The active alkaloids in kratom are mitragynine, mitraphyline, and 7-hydroxymitragynine, and while there is not a single opiate in the plant leaf, it acts similarly to opiates in the brain on a neurological level, and has an intimate history with opiate users as a substitute for opium when it was unavailable, un-affordable, and especially when individuals were trying to safely and effectively kick a nasty opium dependency. Like many other plants (notably cannabis) the effects of kratom can vary quite significantly, depending on where it is grown, and what type of kratom is grown. In general, there are three classifications of the plant: 1) Sedative 2) Stimulant, and 3) Euphoric. Again, like cannabis, the variances are subtle at times, and all kratom can be said to do the same thing on a very generalized level of assessment. However, the differences in strains are quite notable even still.

For its medicinal value, kratom has been historically used to treat insomnia, bodily cramping, headaches, depression and overall mood-regulation, and especially opiate withdrawals, which includes all of the described symptoms and more. Kratom as well suppresses a person’s appetite to a degree, which can be helpful in many specific circumstances. A question probably on the tongue of many unfamiliar readers is whether or not kratom is “addictive.” Firstly, “addiction” is a loaded term in today’s society, and the social and “professional medical rehabilitation” understanding is a convoluted mess that does not reflect any of the science on the matter that has been demonstrated by modern findings in biology and epigenetics. More information on the subject can be found HERE; as for kratom, the answer is yes, and no. Kratom is relatively non-addictive, but has a small occurrence of dependency in long-term use, yet with very mild withdrawal. Kratom is however far less addictive than humanity’s go-to “non-drugs,” alcohol and tobacco, which are both wildly addictive and extremely dangerous to the users health; actually more so than just about every other illegal substance. 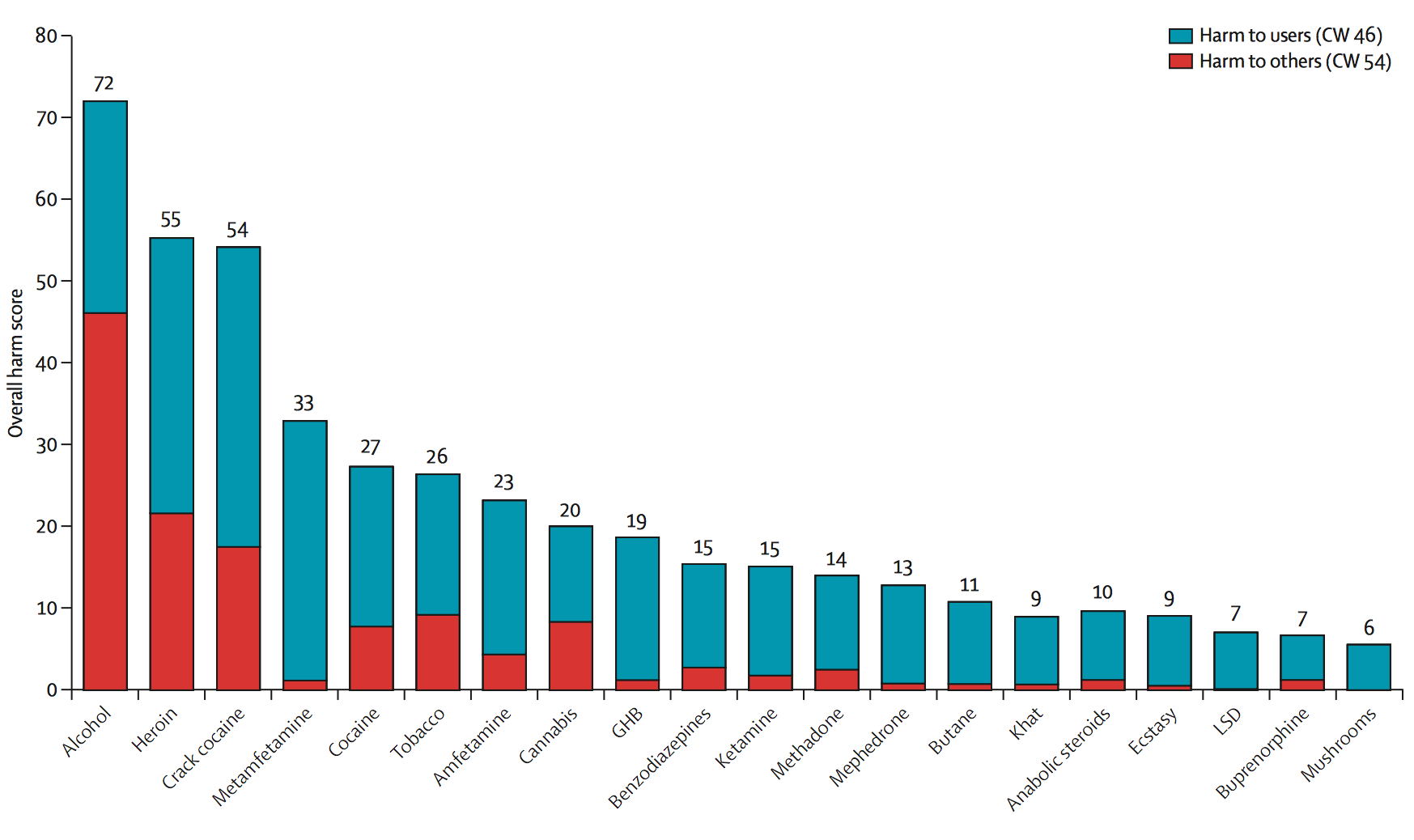 The important thing to quickly summarize is that there is actually a categorical difference between “addiction” and ” physical dependency,” because the first is solely psychological and the second is solely physical in this context. Many people have a physical dependency to drugs like SSRI’s and ADHD stimulants prescribed to them by Big Pharma doctors–and this is looked at as a medical condition, not an addiction. Likewise, just because a person needs two a cup of coffee before they can do anything else in the day doesn’t make them an “addict” in these terms, but simply means they might drink too much coffee. Conversely, the term “addiction” really implies the lack of individual faculties required for the person to feel that they have an emotional equilibrium. Also, this is not meant to imply that a person using a substance for mood-regulation support is an addict. But if a person loses all personal self composure, self esteem, empathy and/or sympathy, or self control, and essentially becomes incapacitated to a degree if/when they do not have their substance, then they are an addict. More often than not, when a person is an addict, they will formulate a physical dependency to the substance as well, if the substance has this quality.

While this may seem like a tangent from the topic of kratom, it is actually one of the most important aspects to this conversation, at least from a socio-cultural perspective. The more specific details to the long-winded answer of kratom’s “addictive” properties can start with a simple reminder that it is in the coffee tree family. There is a form of physical dependency that can occur with kratom when it is used heavily and consistently, and any physical withdrawals can be considered akin to coffee bean withdrawals, with a varying degree in intensities depending on the dosage. For perspective, the cases of any “severe” kratom “addictions” can generally (if not exclusively) be tied to opium-related instances; meaning that unless someone is using kratom to wean themselves off of opiates, there is a very unlikely chance that anyone will develop a physical dependency, and if they do, it will not amount to something greater than caffeine withdrawal. And as another crucial point, any severe kratom withdrawals that any person may experience will be a “Walk in the Park” compared to any opiate withdrawals they might experience; as well, kratom has actually been scientifically demonstrated to help a person physically avoid the brunt of opiate withdrawals, if it does not help them treat the withdrawal symptoms entirely.

With a recent Schedule 1 re-classification of kratom in Alabama, it is crucial for people to understand what kratom represents and why it is useful, before the governmental power structures decide for the people because of Big Pharma bias. It is simply a matter of record now that the American Surveillance State (largely through the CIA-grown, operated, and processed opium fields in Afghanistan) has intentionally flooded the country with these narcotics in order to sedate, incapacitate, and addict people who are looking for honest, holistic remedies that will actually work. It seems that kratom is a secondary asset in today’s resurgence of holistic medicine; this movement being headed by plants like cannabis, psilocybin mushrooms, and the ayahuasca brew.

Welcome to The Daily Wrap Up, a concise show dedicated to bringing you the most relevant independent news, as we see it, from the last 24 hours (8/23/19). As always, take the information discussed in the video below and research it for yourself, and come to your own conclusions. Anyone telling you what the truth Read More…

For many people still unaware, there are a variety of “free trade” deals being negotiated and worked on between various swaths of countries all over the world. As we have reported on several times at The Last American Vagabond, TPP is one of those under the radar trade deals that is attempting to be passed Read More…