As Israel continues its attacks on Palestinians in East Jerusalem, after a ceasefire ended temporarily its bombardment of the Gaza Strip, the Palestinian people throughout the rest of the territories have risen up to confront Israeli forces both violently and non-violently, leading Israel down its usual path of using wildly disproportionate force against civilians.

Protests across the occupied West Bank have been widespread and consistent since the beginning of the latest explosion of violence last Monday. The action taken in the West Bank by Israeli forces has also been overwhelming, almost as if there is now an excuse for the soldiers to go crazy.

In order to look into this deeper, we need look no further than the village of Bil’in, located to the West of Ramallah City, which has paid dearly for the peoples’ decision to stand up in non-violent resistance. The village of Bil’in has had a large portion of its original land stolen for the further construction of an illegal Israeli settlement known as Modilin Illit and is divided from the ever expanding settlement by the illegal apartheid wall which cuts through the land.

Years ago Bil’in became famous for its historic non-violent protests against Israeli occupation forces which sought to expand the area of Israeli control further into the village. Eventually, after much sacrifice, an illegal barbed wire fence that was previously erected, which cut Palestinians off from their farms and properties, was torn down. In order to reach that goal of pushing Israel back from a very limited portion of their land, the people of Bil’in endured the loss of a young man named Bassem Abu Rahma, as well as countless injuries and arrests.

Bassem Abu Rahma was one of the village’s star football (soccer) players and was shot directly in the chest, from close range, with a tear-gas canister, killing him almost instantly. The killing back in 2009 was later revealed by an ex-soldier, speaking to ‘Breaking The Silence’, to be not only intensional, but also that the soldier who had killed Bassem in fact bragged about it and marked his weapon with an X (symbolizing a kill). Despite the killing being filmed from multiple angles and in the presence of senior officers, making it easy to determine what happened, the Israeli Military Advocate General closed the case investigating the incident, due to a supposed lack of evidence.

The Sacrifice Of Bil’in During The Latest Uprising

The people of Bil’in are well known for their creative forms of protest and maintaining one of the longest weekly demonstration movements inside the occupied territories. Normally, soldiers will come to the wall, at which the villagers congregate, in order to violently suppress the protest. I, having stayed in the village for many months and visited multiple times, witnessed many of these demonstrations, and although gas canisters and rubber bullets were fired, I never saw the use of live ammunition there.

The use of live ammunition had been commonplace once, but in the past five years things had cooled off and it was clear that Israeli soldiers did not need to use any force whatsoever, as there was never any threat posed by protesters. All this changed with Monday’s uprising in relation to events in Jerusalem.

All throughout the week my friend and fellow journalist, Hamde Abu Rahma, had reported to me the use of an “insane amount” of unnecessary force via the firing of live ammunition and excessive tear-gas fire. On Tuesday night, last week, in fact, everyone was forced to flee the areas near the separation wall as Israeli soldiers began to fire live ammunition indiscriminately.

On Friday, a national day of protests was announced across the West Bank which saw Israeli occupation forces use live ammunition to kill 12 unarmed Palestinian protesters in one of the most violent attacks on Palestinians in the West Bank in years. However, despite the large-scale killings having taken place, the demonstrations continued.

This Tuesday, at around midday, I then received news, that along with 5 others, 16-year-old Islam Burnat – from the village of Bil’in – had been fatally shot. During the day’s demonstration Israeli occupation forces violently attacked peaceful demonstrators, many of them children under the age of 18. One soldier had reportedly taken careful aim and from a relatively close distance chose to shoot young Islam in the head. He was quickly transported to the main hospital in nearby Ramallah, but was already essentially dead by the time he had been carried into the ambulance. 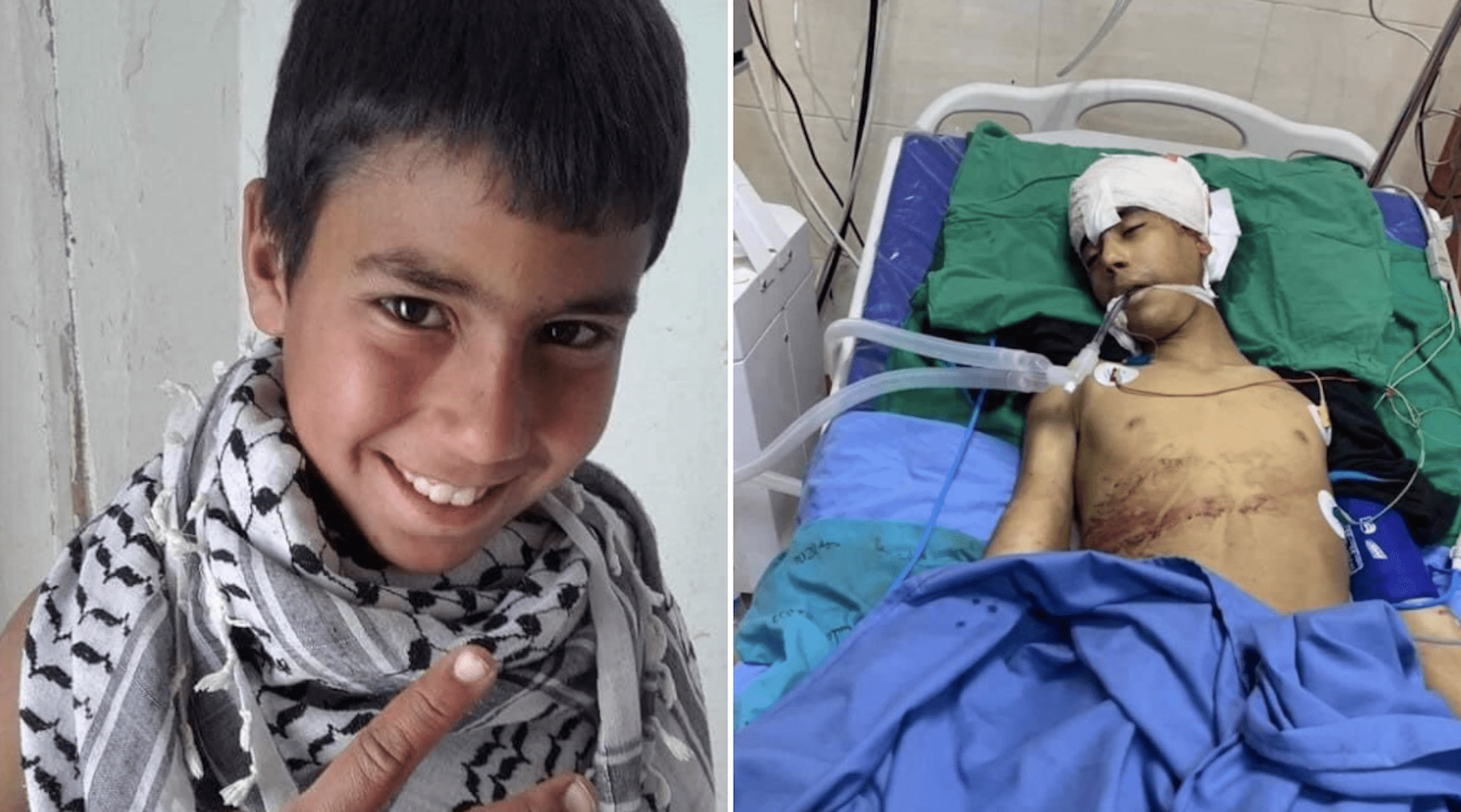 I had met little Islam on many occasions, remembering him as a cute and innocent child, and the news was devastating, yet what I felt was nothing compared to those closest to him in the family, those who had been there to watch him grow. His mother, this Wednesday had to say a somber last goodbye to her boy, not understanding why it had to be him that was taken too soon.

Earlier, this Monday morning, Israeli occupation forces also violently raided the village and burst into the home of another close friend of mine, Iyad Burnat, a well known non-violent activist. As many as 20 Israeli soldiers pushed past Iyad’s wife and youngest child who had come to open the door and began tearing the house apart. I spoke to Iyad over the phone shortly afterwards; he said “they destroyed our couches with knives, destroyed our computer and took our phones, they smashed everything”; they also arrested his 20 year old son Abdul-Khaliq. A group of soldiers further took Iyad’s other son Mohammed (17 years old) into a separate room and brutally beat him, all whilst they threatened to kill his entire family if he refused to give up his eldest son who is currently studying in Turkey.

The soldiers mentioned nothing about any crimes being committed, and since Iyad’s eldest Majd has been in Turkey studying, it is impossible for him to have committed any any of the usual bogus charges, such as “stone throwing” – a “crime” which is punishable by up to 20 years in prison for Palestinians. His son, Abdul Khaliq, is now reportedly suffering in a military prison near Tulkarem (West Bank) and his family hasn’t heard a word about his condition or been granted any form of contact or explanation for his sudden arrest. The reality is, unfortunately, that if Israel wants to blame any Palestinian for anything at anytime and put them in prison, they can. The Israeli military court system has a whopping 99.9+% conviction rate and is a kangaroo court.

Last night, another young man, 21 year old Jalal Khatib, who is known for his quiet demeanor, was taken without explanation by the Israeli military as well. Despite these aggressions being in response to peaceful protests, it seems that for now these arrests and the rampant violence against the people of Bili’in will continue as yet another overwhelming display of Israeli government impunity.

Defying any sense of journalistic integrity and loyalty to the truth, the Washington Post did it again — publishing Fake News for clicks — which had the desired effect of worldwide outrage to suit a tightly-defined political agenda. This latest astounding deviation from the facts, however, makes indisputably clear the weaponization of news. Journalists and media outlets make mistakes Read More…

Welcome to The Daily Wrap Up, a concise show dedicated to bringing you the most relevant independent news, as we see it, from the last 24 hours (4/3/21). As always, take the information discussed in the video below and research it for yourself, and come to your own conclusions. Anyone telling you what the truth Read More…

How Do The People Of Truth Win The Current Information War?