On October 7th, 2016, WikiLeaks began publishing thousands of emails belonging to John Podesta’s private email archives. Since that day, thousands more emails have been released which have subsequently lead to a target being painted on the back of Julian Assange — a target state actors have had no problem firing at.

This week Ecuador admitted to acting on behalf of the US to silence this advocate of transparency. After his internet was cut on Monday, WikiLeaks noted on Tuesday that the US was behind it.

When he’s not being silenced or targeted for drone assassination, Assange is the subject of alleged attempts at character assassination.

In the midst of the Podesta leaks, multiple sites on the left began running with the narrative put out by the Daily Kos that Assange’s internet was cut because he was using it to sexually communicate with an 8-year-old girl. They also said that

The Clinton-loving Daily Kos cited a bogus report from the UN.

According to a widely shared Oct. 4 “United Nations Report” by a “United Nations Global Compact member organization” called T&C Network Solutions, the Royal Bahamas Police Force conducted a “criminal child sex offenses investigation” of Assange. The report, which is written in the style of a criminal indictment, goes on to state that Assange used a dating site called Toddandclare.com, which is owned by T&C Network Solutions, to send an “8-year-old juvenile (i) unlawful, indecent images and video media of himself performing lewd sex acts on a mobile camera device, and (ii) unlawful obscenity materials of a child pornographic nature.”

These claims are certainly horrific and deserve investigation. However, the claim has absolutely nothing to do with the UN and the Bahama police say there’s nothing to investigate.

A reporter from Buzzfeed actually talked to the Royal Bahama Police Force (RBPF) and found out that no such investigation even exists and the ‘United Nations’ report was entirely fabricated. According to Buzzfeed:

The document details how the Canadian family of the victim, who were vacationing in the Royal Bahamas, reported the alleged crime. The report even gives names of individual Bahamian police officers and stations.

But according to Stephen Dean, assistant commissioner of the Royal Bahama Police Force (RBPF), no such investigation exists. Dean told BuzzFeed News “someone gave us some information” about the case, but that no complainant ever came forward after the initial tip.

“We don’t have nobody to interview,” Dean said.

While the RBPF considers the allegation an open matter, Dean said, he added that “anyone can pick up a phone and tell us something.”

Buzzfeed points out just how easy it is to make these pseudo-official UN complaints:

But what about that official-seeming UN document? Why would the august organization issue a report about an investigation implicating one of the world’s most famous dissidents if the investigation didn’t exist?

The short answer: It wouldn’t.

The United Nations Global Compact (UNGC) is a voluntary corporate sustainability initiative in which companies sign up to advance human rights, fair labor and anti-corruption practices, and environmental stewardship. With over 12,500 signatories, it’s hardly an exclusive club. According to the UNGC, the organization asks members to write regular updates, often in the shape of a corporate sustainability or annual report. These reports are written entirely by the member organizations, and the UN does not vet them.

In a statement, UNGC Communications Chief Carrie A. Hall explained the organization’s decision to delist T&C: “The company was removed from the initiative for violating our Integrity Measures, including misuse of our name and logo. The document that ToddandClare.com reference is not a UN report. It was produced by ToddandClare.com, and solely represents their views. This document was removed from the UN Global Compact website for violating our integrity measures. We are not a party to the dispute between ToddandClare.com and Julian Assange.”

In other words, T&C Network Solutions got delisted from the UNGC by attempting to pass off its report about Assange’s alleged child sex crimes as an official United Nations document. Which raises the question: What is T&C Network Solutions, how is it involved with Julian Assange, and why would it do such a thing?

According to a report, T&C Network Solutions was investigated to identify business filings and the entity’s directors, with negative results.

T&C Network Solutions is listed as the owner of www.ToddAndClare.com. A search of the ICANN WHOIS database results in a Registrant, Admin and Tech contact, which are all identical. The name of the contact is Julia Phillips. The organization is T&C Network Solutions. The mailing address is listed as 10685-B Hazelhurst Dr., Houston Texas 77043. The phone number is listed as 1.713.091.6111. The email address is listed as admin@toddandclare.com. The domain was registered on 20 September 2015.3 Google Streetview of the address shows a large anonymous warehouse or storage depot, with no references to the company.4 2 See Appendix 1 3 See Appendix 2 4 https://www.google.com/maps/@29.797081,­95.5615

When an investigation, conducted by a legal team representing Assange, attempted to verify the business using multiple sources, they could not.

Also, thanks to Redditors who’ve been closely following this case, we now know a clear picture of T&C and who they are tied to. The timeline of events in the image below are directly from a WikiLeaks response to these allegations, titled: Background and Documents on Attempts to Frame Assange as a Pedophile and Russian spy.

Since this information began circulating, David Soloff has set his Twitter to “protected,” which prevents the public from viewing any of his tweets. 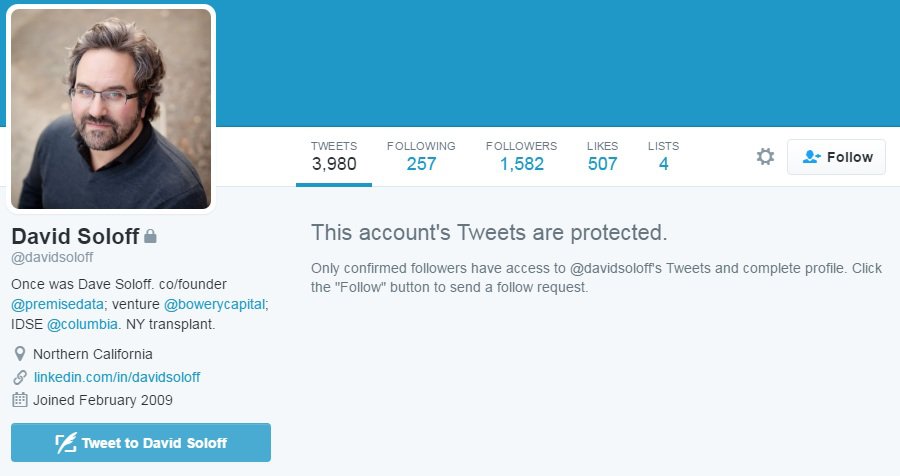 As Zero Hedge points out, with Julian Assange spearheading the Podesta leaks, which have revealed and highlighted many shady dealings of both the Clinton campaign and Clinton Foundation, it is highly unlikely that it’s a coincidence a Clinton connected group shares the same address of the smear pushing front.

As for the Daily Kos, who is responsible for spreading these lies, they’ve since had to retract their story, noting:

I wrote this blog post yesterday based on a report filed with the UN, and I collated further information posted elsewhere over the past week or so. (Wikileaks tweeted a link to the report 7 days ago.) I’ve deleted the post because the evidence was fabricated.

Oddly enough, the same people who now hate Julian Assange, all loved him when he exposed the crimes of the Republicans. However, now that he’s making Clinton out to be nothing more than a globalist criminal, they’ve magically changed their minds.

The two party paradigm is working like a charm — forcing Americans on both sides of the spectrum to continue to deny reality.

Warnings from Syria’s UN representative and the Russian military follow hawkish statements recently made by members of the Trump administration that the U.S. would respond “very strongly” if the Syrian government is accused of chemical weapons use in Idlib. NEW YORK — During a speech delivered on Tuesday to the United Nations Security Council, Syria’s Permanent UN Read More…

European Union Sells Arms to Egypt in Spite of Embargo

Despite the fact that the European Union agreed to an embargo against selling weapons to Egypt, nearly half the countries in the union disregarded the embargo and provided Egypt with arms. Al Jazeera reports that according to Amnesty International, these countries are now at risk for being seen as accessories to the killing, torture, and Read More…

Saudis Pardon War Crimes In Yemen, Ignored Truth About ISIS & Absurd Hypocrisy Of US And Its MSM

Welcome to The Daily Wrap Up, a concise show dedicated to bringing you the most relevant independent news, as we see it, from the last 24 hours (7/12/18). Please take the information discussed in the video below and research for yourself, and come to your own conclusions. As anyone telling you what the truth is, Read More…