We start a quiet Sunday with a big picture anecdote from Eric Peters’ latest weekend note explaining why what central banks are trying to do is impossible, why the trend of inflation over the past 70 years is “stunning and unprecedented” and why “volatility suppression” always eventually fails.

“Anecdote”, by Eric Peters of One River Asset Management

“For all of history – prior to 1955 – there was roughly equal probability of inflation or deflation in any given year,” said the economic historian.

“But since 1955 we’ve experienced uninterrupted annual inflation. It’s a stunning fact, unprecedented. To an economist in 1955, the coming 60yr inflation would have appeared less probable than a catastrophic meteor impact.”

After enduring a series of world wars, and social upheavals, policy makers conducted an experiment, removing the deflationary left-tail of our economic cycles.

“We created history’s greatest volatility-suppressing machine, and it delivered breathtaking stability.” Of course, we endured volatile periods since 1955. But life is short. And we thus lack the reference points to compare our minor wobbles to the wild booms and busts of our great grandparents.

“Minsky taught us that stability begets instability. And it stands to reason that our volatility-selling machine will break one day. We saw a glimpse of this in 2008-09.”

Perhaps the only thing more surprising than the severity of that crisis was the response of our body politic. “In 2007 if you had shown the top 100 economists a list of the extraordinary measures that central banking and economic elites would unleash in the coming decade, not a single one would have believed you.”

Politicians hate change. With very few exceptions, they stand for stasis. Our central bankers seek stability. And investors have learned to front-run them all, selling volatility into every spike using ever more complex strategies.

“But volatility suppression at the lows is much easier in many ways than at the highs. In a crisis, our central banks simply go full-throttle. At the highs though, they seek the unattainable, which is perfect economic balance in a world that is inherently unstable – they attempt to crystallize the entire ecosystem. Which is as arrogant as it is impossible.”

And this is what central planning looks like visually: 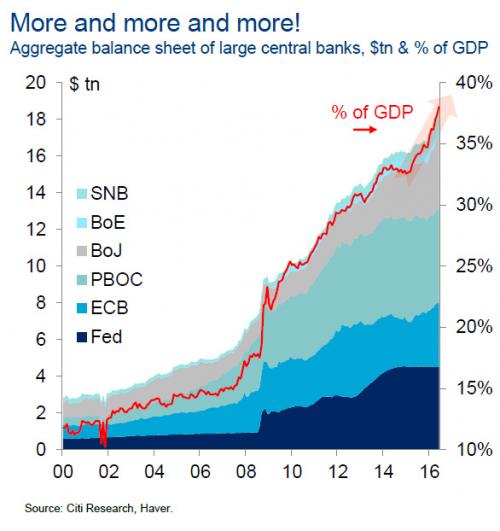 In a stunning turn of events, the U.S. Department of Justice announced Thursday it will no longer use private prisons to incarcerate federal prisoners, deeming the notorious for-profit facilities both less safe and less effective in providing correctional services than those operated by the government. “They simply do not provide the same level of correctional Read More…

Joining today for a very special roundtable on Syria will be Eva Bartlett, Vanessa Beeley & Kevork Almassian, here to discuss a recent surge in Syria propaganda, primarily coming from the independent media. We review these recent claims, their origin, and the evidence around them, or lack thereof, and compare this to the reality on Read More…