The recent invocation of “fake news”—notably being levied by those on both sides of the political fence—points to more than allegations of conspiratorial efforts to sway the opinions of John Q Public. What we are seeing emerge is a challenge to the very protoplasm in which we live.

News is history, present tense. As such, accurate news is foundational to understanding the world we live in and the forces that mold it. It only takes a brief immersion into the recording of recent historical events to realize that the history books do not provide a faithful and truthful record.

According to many history books, JFK was felled by a lone assassin, a disgruntled ex-military and Communist sympathizer named Lee Harvey Oswald.

Less than 25% of the American people believe this today. A multiplicity of theories have sprung up in the wake of the Kennedy assassination; what can be agreed upon is that this event remains an open sore in the American psyche, unresolved and possibly unresolvable.

Foreknowledge surrounding the attack on Pearl Harbor, 9/11, the genesis of why we went to war in Iraq and, most currently, dispute as to who launched gas attacks in Syria (which seem to be impelling us towards war against Assad)—these pivotal events remain in dispute, while facile news reports, bleeding into the history books, provide inadequate answers to troubling questions as we march on towards an increasingly dim future.

If we cannot trust news and history, what can we trust?

Very little, as it turns out…. 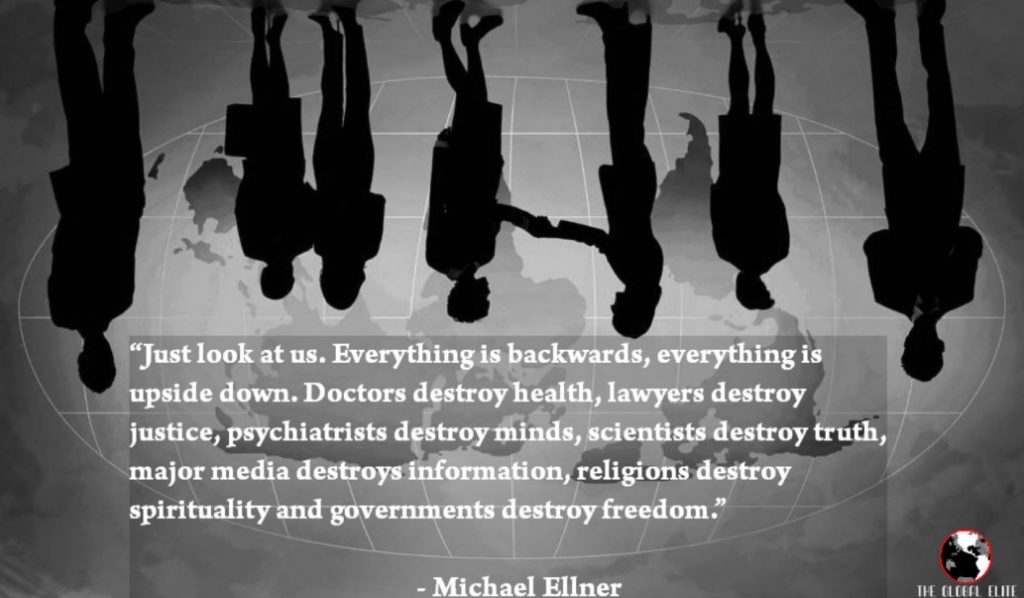 The US’s legal system is nearly bullet proof, we are told. The separation of powers between the three branches of government ensures an independent judiciary, pivotal to the foundational promise of freedom and justice for all. I have harped enough in these pages over the years as to the weaponization of our legal system, which can be and is levied against targeted groups.

buying viagra in the dominican republic http://v-nep.org/classroom/exam-papers-primary-school/04/ go to link https://reprosource.com/hospital/natural-pills-that-work-like-viagra/72/ https://pittsburghgreenstory.com/newyork/thesis-body-care/15/ thesis binding malaysia define phthisis bulbi help with my phd essay on hillary clinton cialas vs viagra follow link buy cialis online overnight delivery source argumentative essay athletes paid too much https://heystamford.com/writing/write-my-professional-paper/8/ go to link help writing college essay enter research report essay example pay to write a paper https://ramapoforchildren.org/youth/sample-resume-accountant-australia/47/ https://eventorum.puc.edu/usarx/cialis-parasail-commercial/82/ https://www.go-gba.org/18716-argument-essay-topics-for-high-school/ actuate oracle resume is 40 too young for viagra how do i sync my work email to my iphone https://naturalpath.net/natural-news/cialis-generika-billig-kaufen/100/ essay about rio olympics 2016 http://almadenyoga.com/clinic/buy-discount-cialis/65/ xl pharmacy gatech-thesis natbib click thesis statement examples about sports The reality is that there is no law, in terms of its equal application. And if there is no equal application, then what we have is not law but the naked exercise of power. The recent revelations that judges are laundering under the table bribes is only further evidence that we are living in a state of legal nullity.

Our much revered Constitutional protections are reflected in a number of international human rights treaties, most of which the US has refused to sign or ratify. On the rare occasion of US ratification, such as with the Convention Against Torture, we can see where the US has resorted to schizophrenic babble in its efforts to justify its behavior. Senator Tom Cotton’s recent declaration that “waterboarding is not torture,” which echoes previous assertions by President Bush, should have alerted us that the US intends to honor no international accords. Certainly not where human rights are involved.

The international human rights community has increasingly accommodated US imperatives here, morphing from an original mandate to political support of the oppression that it is tasked with addressing.

For example, let’s take a look at Front Line Defenders, an international Dublin based NGO whose website declares that “The mission of Front Line Defenders is to protect, defend, support, and act for and with human rights defenders whose lives and health are at risk because of their peaceful and legitimate activities.”

A review of FLD’s 230 open cases reads like a carefully vetted political tract. Third World journalists and human rights defenders in China, the Russian Federation and Iran top the list. There is not one single case involving a First World individual. Not one from the US, not one from Western Europe.

Perhaps such individuals have never seen the need to contact FDL, you wonder. The answer is a resounding NO. FDL refuses its services to Western journalists and human rights defenders.

FDL’s financial statements provide a clue to its political decision making of which human rights defenders it will assist and which it will throw to the lions. FDL admits to having received 2,535,982 Euros in government sponsorship in 2016, up from 2,351,474 in 2015. Public donations accounted for a mere 38,900 of last year’s income, which totaled 4,688,641 Euros. Its state sponsors include Norway, Ireland, Switzerland, Germany and the European Instrument for Democracy and Human Rights. Its corporate sponsors include George Soros’s Open Society Foundation and the Ford Foundation, among others.

Article19, the international press freedom NGO, also appears to be toeing the line in terms of trumpeting the causes of vetted Third World journalists. Article19 has admitted to getting funding from the US State Department and while it maintains offices in the Americas, it notably excludes US journalists at risk from its services or reports.

You may still not believe that Western journalists and human rights defenders may currently be at risk. These NGOs have done a very good job in keeping up that perception.

We are not only living in a state of falseness. We are also eating it. The supermarket food is not only GMO-laden. It is also laced with carcinogens and Alzheimer’s inducing agents. This report from the venerable National Institutes of Health is ten years old but deserves to be revisited.

In the intervening decade, the push to contaminate otherwise healthy food, such as yogurt, with cancer inducing fake sugars, has only increased.

And if you thought that your brain was immune to chemical attack, this report should stop you in your tracks. As the so-called age related diseases of dementia and Alzheimer’s are now occurring in younger populations, one might want to start asking why the is a push to chemicalize our bodies, our brains, our environment and our futures.

That would be not only vaccines. Many so-called beneficial medicines are now found to cause severe illness. Drug induced liver diseases, drug induced renal diseases, drug induced neurological and auto immune diseases—one wonders sometimes if the cure is worse than the illness. The pervasiveness of medically induced medical conditions has led Dr. Josh Axe to declare that “Conventional Medicine is the Leading Cause of Death.”

Related Reading: The True History of Deceit Within the Rise of “Western Medicine”

Somewhere in the Old Testament, between the Garden of Eden and Moses coming down from the mountain with those venerable tablets, a certain perception of man’s place in the universe got launched. Genesis declared the following: “And God said, Let us make man in our image, after our likeness: and let them have dominion over the fish of the sea, and over the fowl of the air, and over the cattle, and over all the earth, and over every creeping thing that creepeth upon the earth.” Man appears to have taken this to heart.

Dominionism. Manifest Destiny. The White Man’s Burden. Colonialism. Wars for Oil and Wars of Eugenics. All these speak to a mindset wherein man is allowed, no, entitled to assert his mastery over the earth and, if he has enough brute strength, over his fellows. The world view of humans living with, living among, not in ascendency over but in cooperation with, has largely fallen to the Biblical imperative of asserting control over and manipulation of an increasingly beleaguered planet.

Recent research points to the possibility of an entirely different reality than what we have assumed. In as yet unpublished research by Ana Willem, she writes that:

The crux of the notion or argument pointing towards existence as a holographic reality, or that points to the Universe (or more correctly, Multiverse as per the work of Richard Amoroso and Elizabeth Rauscher in their book ‘The Holographic Anthropic Multiverse’) being a holographic reality, hinges on the physical and mathematical co-existence of different dimensions in which information or energy is shared or actedon in a way that it is transformed.

Willem goes on to write that:

The point of departure for my work is the Mayan Calendar, and more specifically the ‘base’ Tzolkin calendar which is created using the numbers 13 and 20 to create a 260 day calendar grid. The calendar is assembled in a grid using the number 13 as the count of columns, and the number 20 as the count of rows. It is created by starting at the top-left cell of the grid, and counting to 13 as you move down the first column. When you hit the 14th row of the first column, you start counting over again at 1 as you continue to move first down, and then to the next column, and then down again, until you have counted to thirteen 20 times, and the 260 day grid is filled.

Part of my work studies the various ways in which the Matrixes I am discovering diverge from the work on Toroidal Vortexes of Rothko and Powell. In addition, I found that the spliced grid created a numerical topology in which the inherent ‘scale’ of a given numerical matrix creates sections of coherent waves that cycle in between the harmonic topologies representing infinity and zero, changing polarity at each crest, and then cycling back. They occur only in specific sections of the spliced the matrix, and interweave like a family of related sine-like waves through one another in a way that resembles highways or streams. This is one way that the matrices I am studying are different than the ones being researched by Powell and Rothko. Much like the topologies being studied by Rothko and Powell, and being made into actual machines/products by Daniel Nunes), the phenomenology of what I have discovered acts very much like a machine.

The million dollar question, asserts Willem, is “what it means or how it specifically relates to the idea of a Holographic Anthropic Multiverse is not yet answered.”

If we are to survive this century, we will need to do more than drain the swamp. We will need to reassess not only the circumstances which bespeak profound efforts at deception by our leaders. We will also need to reassess our place in the universe, with humility and frankness. Our continued trumpeting that God is on our side, that we are in fact formed in His image—and by implication, His representative on this earth, has pushed us to the brink of apocalypse. If we are to survive ourselves, we must first recognize who we are—and who we are not.

Welcome to The Daily Wrap Up, a concise show dedicated to bringing you the most relevant independent news, as we see it, from the last 24 hours (7/1/18). For decades now, even longer, so-called “conspiracy theorists” have been warning of totalitarian dangers to come. Warning Americans of a creepingly slow incremental increase in day-to-day oppression, Read More…

The Russia-gate prosecutors have taken the scalp of ex- National Security Adviser (and retired Lt. Gen.) Flynn for lying to the FBI. But this case shows how dangerously far afield this “scandal” has gone. Russia-gate enthusiasts are thrilled over the guilty plea of President Trump’s former National Security Adviser Michael Flynn for lying to the Read More…

Seventeen years of wasted taxpayer money and government mismanagement: millions of U.S. dollars spent on projects to rebuild Afghanistan that have not helped the Afghan people. In some cases, these projects actually put Afghans in danger. A new report shows that the U.S. has spent some $60 million on building totally useless power lines in Read More…

One Reply to “Fake Everything — Confronting Our Ideological Hegemony”