Chilean authorities are raiding the headquarters of the Catholic Church’s Episcopal Conference as part of a wide-ranging probe into clerical sex abuse in the South American country.

The Tuesday raids are occurring in the most important building of the Chilean church in the capital of Santiago, say prosecutors. Authorities recently summoned the archbishop of Santiago, Cardinal Ricardo Ezzati, to appear and testify about the alleged cover-up of sexual abuse which had been going on for decades.

In July, Chilean prosecutors said they were investigating 158 members of the country’s Catholic church – both clergymen and lay people, for perpetrating or concealing the sexual abuse of children as well as adults.

The cases relate to incidents dating back as far as 1960 and involving 266 victims, including 178 children and adolescents, according to public prosecutor Luis Torres.

The prosecutor’s statement offered the first general view of the extent and scope of the abuse scandal faced by Chile’s Catholic Church – and how many people are implicated.

The entire strata of the Catholic Church – from bishops to monks – were involved in the crimes, as well as “lay people exercising some function in the ecclesiastical sphere,” he noted.

There are 36 ongoing investigations, while 23 previous ones resulted in convictions and one other in an acquittal. –Straits Times

“There’s no doubt that what the public prosecutor is doing is very positive and is starting to open the door to situations that previously were treated as an open secret,” Juan Carlos Claret, a member of an opposition group to tainted bishop Juan Barros in his area, told AFP.

In May, Pope Francis summoned the entire bishops conference to Rome after he said he made “grave errors in judgement” in the case of Baros, who stands accused by victims of pedophile Rev. Fernando Karadima of witnessing and ignoring their abuse. 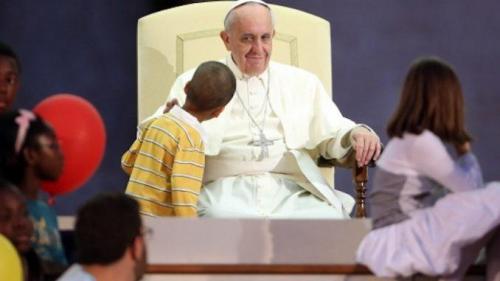 But the scandal grew beyond the Barros case after Francis received the report written by two Vatican sex crimes experts sent to Chile to get a handle on the scope of the problem.

Their report hasn’t been made public, but Francis cited its core findings in the footnotes of the document that he handed over to the bishops at the start of their summit this week.

And those findings are damning. –Daily Mail

While some of the pedophile priests and brothers were expelled from their congregations following the discovery of “immoral conduct,” many had their cases “minimized of the absolute gravity of their criminal acts, attributing them to mere weakness or moral lapses,” wrote Francis.

In some cases, high level officials allegedly covered up the institutionalized sexual abuse of minors – even threatening officials tasked with investigating sex crimes and the destruction of evidence.

Following an emergency meeting with Pope Francis, Thirty-one active bishops and three who are retired offered to resign.

Calls had mounted for the resignations after details emerged of the contents of a 2,300-page Vatican report into the Chilean scandal leaked early Friday.

In one of the most damning documents from the Vatican on the issue, Francis saidthe entire Chilean church hierarchy was collectively responsible for ‘grave defects’ in handling cases and the resulting loss of credibility that the Catholic Church has suffered. –Daily Mail

“No one can exempt himself and place the problem on the shoulders of the others,” Francis wrote in the document published by Chile’s T13 television and confirmed as accurate by the Vatican.

Responding to the 2,300-page report, Chilean bishops called the contents of the document “absolutely deplorable,” and showed an “unacceptable abuse of power and conscience,” along with sexual abuse. The bishops asked for forgiveness from the victims, the Pope and all Catholics worldwide.

While some of the pedophile priests and brothers were expelled from their congregations following the discovery of “immoral conduct,” many had their cases “minimized of the absolute gravity of their criminal acts, attributing them to mere weakness or moral lapses,” wrote Francis.

Those same offenders “were then welcomed into other dioceses, in an obviously imprudent way, and given dicoesan or parish jobs that gave them daily contact with minors,” wrote the pope.

The harsh assessment of the quality of seminaries suggests that a possible next step might be a full-on Vatican investigation of Chilean schools of priestly training.

Pope Benedict XVI ordered such an investigation into Irish seminaries after he convened the entire Irish bishops’ conference for a similar dressing-down in 2010 over their dismal handling of abuse cases. –Daily Mail

“The problems inside the church community can’t be solved just by dealing with individual cases and reducing them to the removal of people, though this – and I say so clearly – has to be done,” Francis wrote.

“But it’s not enough, we have to go beyond that. It would be irresponsible on our part to not look deeply into the roots and the structures that allowed these concrete events to occur and perpetuate.”

Welcome to The Daily Wrap Up, a concise show dedicated to bringing you the most relevant independent news, as we see it, from the last 24 hours (1/24/19). As always, take the information discussed in the video below and research it for yourself, and come to your own conclusions. Anyone telling you what the truth Read More…

On Friday, the Pentagon released an unclassified summary of the 2018 National Defense Strategy report. On the same day, Secretary of Defense James Mattis delivered prepared remarks relating to the document. Reading the summary is illuminating, to say the least, and somewhat disturbing, as it focuses very little on actual defense of the realm and relates Read More…

Welcome to The Daily Wrap Up, a concise show dedicated to bringing you the most relevant independent news, as we see it, from the last 24 hours (10/17/21). As always, take the information discussed in the video below and research it for yourself, and come to your own conclusions. Anyone telling you what the truth Read More…