Veteran FBI agent Peter Strzok – who headed up the Hillary Clinton email investigation, was dismissed from Mueller’s Trump-Russia probe in mid-August and relegated to the FBI’s Human Resources department, after the DOJ opened an inquiry into anti-Trump / pro-Clinton text messages Strzok sent to his Trump-hating mistress – FBI lawyer Lisa Page, while the two were working together on the Clinton probe. Page was also fired from the Mueller investigation into Russian meddling earlier this year.

Strzok’s conduct in the Clinton investigation is now under review by the Justice Department, along with his role in a number of other politically sensitive cases, according to Fox News.

“While Strzok’s removal from the Mueller team had been publicly reported in August, the Justice Department never disclosed the anti-Trump texts to the House investigators.”

“Responding to the revelations about Strzok’s texts on Saturday, Nunes said he has now directed his staff to draft contempt-of-Congress citations against Rosenstein and the new FBI director, Christopher Wray.” -Fox News

Of relevance – Strzok concluded that Hillary Clinton was “careless,” in her mishandling of classified information, yet found “no proof of intent,” an opinion which former FBI director James Comey based his recommendation not to prosecute. Comey, as it turns out, drafted Clinton’s exoneration letter long before the FBI had finished reviewing evidence in the case. 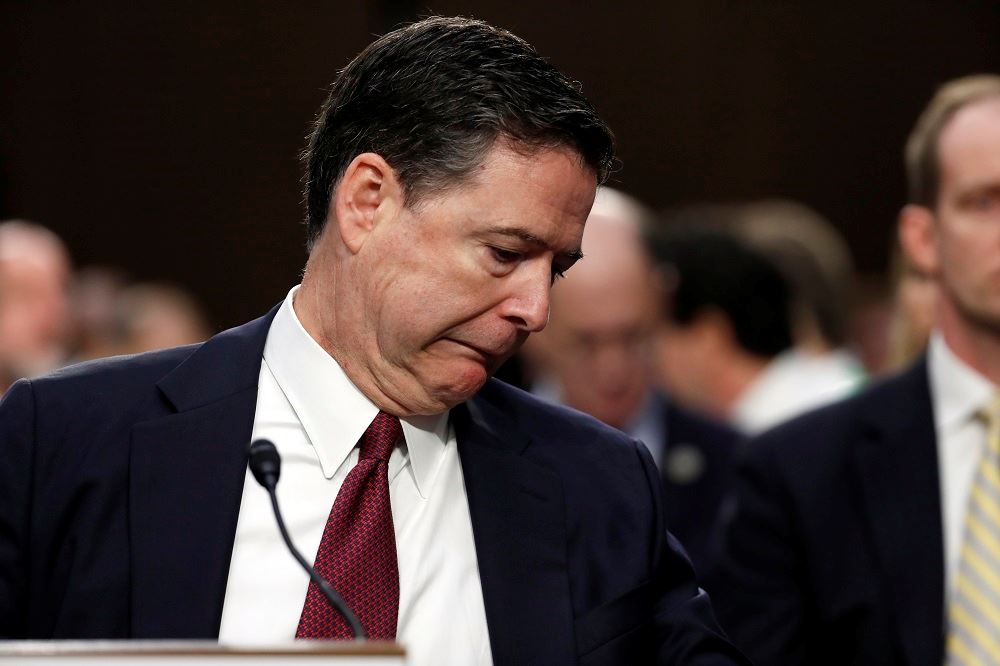 Strzok’s team and the Trump-Russia dossier…

In August, 2016 – nine months before Trump fired Comey which led to the creation of Robert Mueller’s Special Counsel, the New York Times reported that Strzok was hand picked by FBI brass to supervise an investigation into allegations of Trump-Russia collusion.

The FBI investigation grew legs after they received the infamous anti-Trump “dossier” and decided to act on its salacious and largely unproven claims, According to Fox News:

House investigators told Fox News they have long regarded Strzok as a key figure in the chain of events when the bureau, in 2016, received the infamous anti-Trump “dossier” and launched a counterintelligence investigation into Russian meddling in the election that ultimately came to encompass FISA surveillance of a Trump campaign associate.

The “dossier” was a compendium of salacious and largely unverified allegations about then-candidate Trump and others around him that was compiled by the opposition research firm Fusion GPS. The firm’s bank records, obtained by House investigators, revealed that the project was funded by the Clinton campaign and the Democratic National Committee. -Fox News

Weeks before the 2016 Presidential election, Strzok’s team agreed to pay former MI6 agent and Fusion GPS operative Christopher Steele $50,000 if he could verify his claims that the agency had already used to take action. Of note, Fusion separately paid Steele $168,000 to assemble the dossier which had the cooperation of two senior Kremlin officials.

The agent said that if Mr. Steele could get solid corroboration of his reports, the F.B.I. would pay him $50,000 for his efforts, according to two people familiar with the offer.

One report, filled with references to secret meetings, spoke ominously of Mr. Trump’s “compromising relationship with the Kremlin” and threats of “blackmail.”

He [Steele] provided the documents to an F.B.I. contact in Europe on the same day as Mr. Comey’s news conference about Mrs. Clinton. It took weeks for this information to land with Mr. Strzok and his team. –NYT

After meeting with the FBI in October to deliver a ‘stack of new intelligence reports,’ the agency ultimately decided not to pay Steele because he could not corroborate the information he had provided.

Never let a dodgy dossier get in the way of a good witch hunt!

Despite such a low level of confidence in Steele’s dossier that they didn’t pay him, the FBI used the document to obtain a FISA surveillance warrant on one-time Trump foreign-policy advisor Carter Page – who was described as having a “secret meeting” with Putin associate Igor Sechin and Deputy Chief for International Policy, Igor Diveykin during a July 2016 trip to Moscow to deliver a commencement speech.

Not true according to Page

While Page did travel to Moscow to deliver a commencement speech, he told the House Intelligence Committee that he’s never heard of Diveykin nor met with any of the men mentioned in the dossier.

Page did testify that he spoke with Russia’s deputy prime minister, Arkadiy Dvorkovich, who was in attendance at the commencement ceremony. Upon his return, Page relayed their meeting in a memo to the Trump campaign, writing “In a private conversation, Dvorkovich expressed strong support for Mr. Trump and a desire to work together toward devising better solutions in response to the vast range of current international problems.”

We now know that the original, pre-Mueller FBI investigation into Trump-Russia collusion was spearheaded by Peter Strzok – an anti-Trump senior FBI agent who was fired for sending anti-Trump / pro-Clinton text messages to his mistress during their investigation into Hillary Clinton’s mishandling of classified information.

We also know that the FBI probe led by Strzok relied on the salacious 34-page Steele dossier, paid for in part by Hillary Clinton and the DNC, to launch their Trump-Russia investigation and obtain a FISA warrant on Carter Page.

This raises a multitude of questions about Strzok, the Clinton email investigation, and any other politically charged cases he’s worked on – which are now under review by the DOJ’s Office of Personnel Management.

And while Strzok is stapling cover sheets on TPS reports in the FBI’s HR department, it is of particular interest that House Intelligence Committee Chairman Devin Nunes is also honing in on Rod Rosenstein and the new FBI director, Christopher Wray for their roles in the decision to withhold the reasons for Strzok’s dismissal in August.

Welcome to The Daily Wrap Up, a concise show dedicated to bringing you the most relevant independent news, as we see it, from the last 24 hours (11/30/20). As always, take the information discussed in the video below and research it for yourself, and come to your own conclusions. Anyone telling you what the truth Read More…

“Fake News” Is The New “Weapons Of Mass Destruction”

The corporate owned media and their partners in government are working overtime to spread the fake news meme. This meme is designed to limit, and ultimately destroy, the independent and alternative media by censoring anti-establishment viewpoints.

They Work To Manufacture Consent Because They Need It. So Don’t Give It To Them.

Plutocrat-owned news media outlets lie constantly. When I say this I don’t mean that everything they say is false; many of the events reported by mass media are for the most part factual. Whenever it’s convenient for the loose alliance of western plutocrats, the political establishment those plutocrats own and operate, and the secretive government Read More…