The current Age of Information has brought about a drastic and notable split in the trifecta of thought that creates the human intellect. These three pieces, Science, Religion, and Philosophy, continue to argue that they are all mutually exclusive, yet have never been able to exist apart from each other. In today’s postmodern era there has been an incredible surge in scientific thought, bringing about an equal and opposite reaction of those who seek to cling to the validity of their religious beliefs, sometimes even denouncing science entirely.

Philosophy at the most authentic sense of the movement (primarily considered a movement of the West from a historical perspective; but of course not exclusive to this region) has perhaps not received any real updates since the raw, eastern-natured Transcendentalist days of Thoreau, Emerson, Whitman and the like. This unfortunately proves to be a great tragedy, as it could be deduced from the current state of the world, that the tools of observing and acquiring human knowledge and wisdom have become imbalanced and disproportionate in relation to each other. While some people may continue to argue that these three ideologies have no relation to each other (and that would be a person’s individual prerogative) the idea that all schools of thought attempt to drive at the same nature of information is quite an ancient concept, and is often considered as “Perennialism” or by its latin title “Prisca Theologia.” 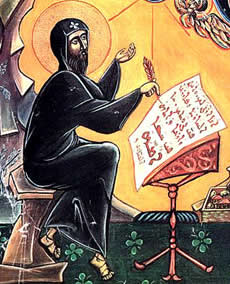 To be clear, perennialism and prisca theologia are more specifically a comparison of the recurring thread in all ancient theologies, but etymologically, both science, philosophy, and religion have all come from the same place: empirical observational analysis–or an attempt at this, at least. It can surely be agreed that, aside from the acknowledged propaganda that religions have helped administer throughout the centuries, no authentic and loving development in religion has been thought of in order to hinder someone’s understanding. It is important to remember that when considering religion in this regard, there is an underlying agreed axiom that this type of sociocultural propaganda is not involved with the true doctrine, which can be measured by comparison to the prisca theologia (which translates to “old theology/religion”).

It can certainly be poignantly argued that understanding prisca theologia is like a CPU trying to understand the circuitry that produces it, or the electrical surge that charges its existence. This would be a sound argument for not trying to understand it to begin with, however, it appears that this recurring thread of historical-empirical-analysis in prisca theologia is not aimed at a specific answer to begin with. There is no true doctrine that outlines any information in a clear or inarguable manner, because there ultimately is no clear and concise answer. Instead, the truth lies in the journey.

Truly, the destination isn’t as important as how a person conducts themselves on the way there. What’s more, this isn’t just a bunch of ambiguous monk philosophy either. Perhaps the greatest allegory for this idea is the foundation of Quantum Theory, usually considered as the Observer Effect, or “Wave/Particle Duality.” Although this idea of dualism has received a tremendous amount of New Age misinterpretation, this misinterpretation should not be mistaken for a minimal relevancy. This simple idea is the fact that a conscious observer assimilating a symbolical context to a piece of sensory data will and does inherently change some level of the activation/projection process of the object that this sensory data is occurring from. To reiterate this very crucial concept here: the underlying theme in the wealth of human knowledge throughout history is: “BE MINDFUL IN THE PRESENT MOMENT ALWAYS.”

Some of the most heavily noted sources regarded in research of prisca theologia and perennialism are the Corpus Hermeticum, the Bardo Thodol, the Old Testament, Q’ran, I’Ching and more. Some notable ancient schools of thought that have directly attributed to prisca theologia are the Mystery Schools of Egypt and Greece represented today mainly by Rosicrucianism, the entirety of ancient Eastern Mysticism, Wicca and Neo-Paganism, Gnosticism, Sufism, Kabbalah and Neoplatonism. Lastly, aside from the respective teachers inherent to specific schools of thought, (like Lao Tzu, Confucius, Jesus Christ, Quetzalcoatl, et cetera) some recognizable names behind the continuation of contemporary prisca theologia are: Manly Palmer Hall, Leonardo da Vinci, Sir Isaac Newton, Renes’ DesCartes; American Founding Fathers like Thomas Jefferson and Benjamin Franklin; and legendary minds like that of  Pythagorus, Plato, and Socrates.

Something else interesting of note is the relationship that many of these schools of thought are connected to the lost Library of Alexandria. Known as an invaluable amalgamation of ancient knowledge from all across the known world (from the Mystery Schools of Greece and Egypt, to the Mystic teachings of the East; the western ideologies like Gnosticism, and yet more) the burning of the library is considered by many as a massive blow to the objective doctrinal teachings of a prisca theologia.

In a sense, that is slightly over-simplified in order to impress the basic ideas discussed here. A school of thought that contributes to that of perennialism and prisca theologia is one that firstly addresses the critical importance of the Observer Effect in the present moment. Secondly, it should require the prerequisite of authentic human love when utilizing this Observer Effect, and so it is in this regard that things like Satanism and Black Magick are not considered an aspect of perennialism. Thirdly, (while all schools of related thought do not adhere to this one, it should be a prerequisite in order to contribute to prisca theologia/perennialism) the School of Thought being discussed should not consider all other schools of thought as incorrect and heretical (the finger’s being pointed at you, all Abrahamic religions).

After all, in order to contribute to something that acknowledges the “underlying, universal truth in all religions” a school of thought simply cannot think it is the only truth. In terms of personal psychotherapy, when an individual makes the decision that they are right, and that no one else can be right, this is considered a “red flag” indicator. Before moving on however, it is important that humanity acknowledge the underlying love and objectivity in all of humanity’s search for truth, which should not call anyone’s beliefs into question. Rather, what should be called into question is the discretion used in gauging fundamental truth apart from what should be considered as sociocultural propaganda; that all ancient schools of thought will develop with enough time and Kings to administer it throughout.

It should also be considered that outrageous and laughable schools of thought like Scientology are taking fundamental aspects of prisca theologia and counter-mimicking it in order to cull gullible individuals with lots of money. In regards to Scientology, this is hardly even debatable, since L. Ron Hubbard is known for his close ties with magician Aleister Crowley, and even NASA upstarter Jack Parsons (also close friends with Crowley).

Prisca theologia is not a concept that can be accurately summarized in the span of one article. If the Observer Effect can be considered a fundamental theme in prisca theologia, then it can only be considered this insofar as a starting point. After all, the entire argument on the topic has been that the answer is in the journey, and how an individual person perceives the sensory data of their journey in order to further develop their selfhood. This is again not to say that there is no objective truth, but rather that the subjectivity that is fundamental in order to stimulate objectivity is in itself an objective truth. What humans should focus on is how they have been taught to use the ancient schools of thought that are Science, Religion, and Philosophy, and if the ways they have been taught are the most effective ways to use them. Again, if the current global state of affairs is any indicator as to how responsibly these ancient tools of human thought are being used, then it seems likely that it is time for a massive cultural reassessment.