I write a lot of incendiary things in this gig, but one of the things I regularly say which gets pushed back on most angrily is my insistence that the American people are, generally speaking and at their core, good. And that backlash is virtually always coming from Americans.

I encounter this anger even when speaking broadly about American political dynamics. Whenever I write about the exploitative Orwellian oligarchy that is loosely centralized behind the official United States government, I always get a bunch of bitter, annoyed Americans making well-intentioned comments about how stupid their countrymen are for continuing to support such a pervasively evil establishment.

I totally understand this sentiment. The wars keep happening, the wages keep shrinking, the corporate regulations keep vanishing, the civil liberties keep diminishing, the police keep militarizing, and the surveillance network keeps expanding, but rank-and-file Americans keep playing into the same predictable good cop/bad cop partisan extortion scheme year after year after year despite the overwhelming evidence that the game is one hundred percent rigged for the house. Looking at the way Americans tend to vote, one could understandably draw the conclusion that they’re all dopey and apathetic at best and depraved at worst.

I am aware that I am speaking about this dynamic from a position of privilege down here with the kangaroos and kookaburras, but I think there’s a better way to approach this thing and I’d like to share a few thoughts. 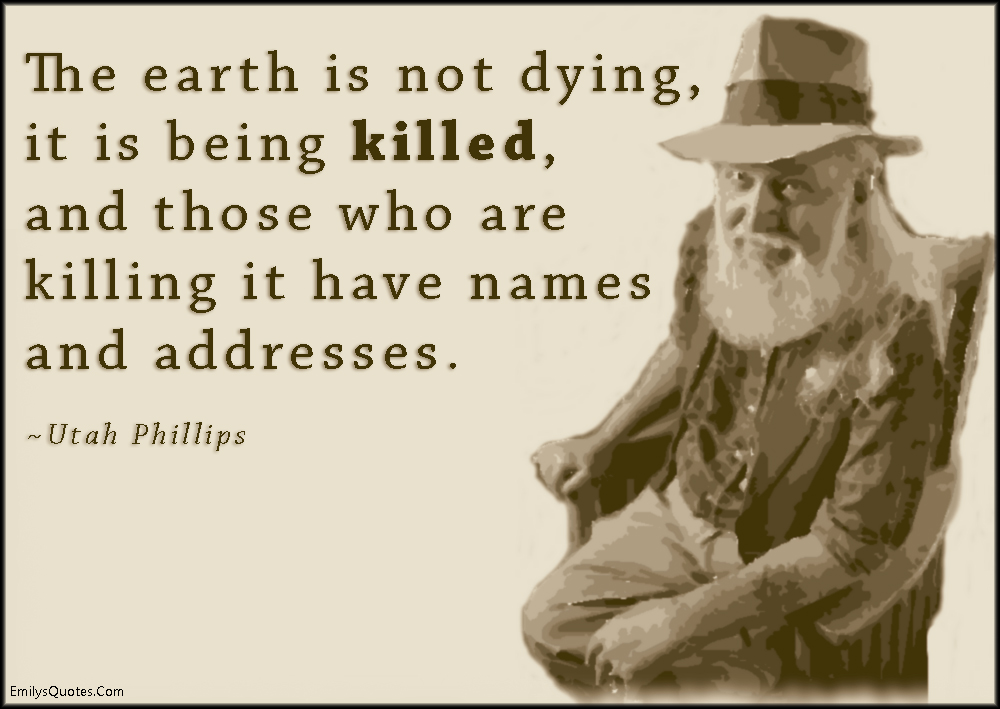 Folk hero Utah Phillips has an old quote which the populist in me absolutely adores: “The earth is not dying, it is being killed. And those who are killing it have names and addresses.” There’s a spin on this which my husband brought up in a recent podcast that has been bouncing around in my head ever since: the American people are not stupid, they are being propagandized, and the people who are propagandizing them have names and addresses.

The American people are victims. The bootstrap mentality which dominates so much of US culture preconditions an instinctive revulsion at that word, but it’s true. Vast amounts of money and resources have been funneled into the research and development of the science of propaganda and psyops for over a century, and this advanced arsenal of psychological weaponry has been pointed squarely at manipulating and controlling the way Americans think and vote for generations. They are the victims of this psychological abuse, and the oligarchs who are using it to rule them are the victimizers.

I think this is an important distinction to get clear on. The plutocrats who own and manipulate the mainstream media must necessarily keep the American people from seeing what they’re up to and turning on them, so they must psychologically abuse them into sedation and compliance. They are abusing the people of the country in which they’ve set up base in order to implement their worldwide agendas.

Have you ever tried to help a friend or family member get out of a cult? It’s not easy. In fact, most times it’s nearly impossible and it requires more love and patience than many of us have in the tank. Cults are held in place by a few key factors — to be a good cult leader, you have to isolate your members from normal society, frighten them regularly into a state of dissociation, hypnotize them while they’re in that state of dissociation with your commands, present yourself as their savior, and suck them dry of their resources while presenting enlightenment/heaven/salvation/the rapture/Trump’s impeachment/single payer healthcare as just around the corner.

The corporatist propaganda machine does all of these things with alarming efficiency. So what we have here is not a stupidity problem, it’s a propaganda problem. It’s an abuse problem. It’s a cult problem. All the things you would expect to see in a cult victim, you see in today’s American. Stockholm syndrome is an especially sticky symptom.

How You Can Be Absolutely Certain That Mainstream Media Lies About Everything#Propaganda #DeepState #PsyWar #MSMhttps://t.co/pbQpnCCxtw

So how do you help someone you love out of a cult? Firstly, don’t help the cult leader by cutting off ties with them. The cult leader wants to isolate their victim. As frustrating as it might be to have to engage with someone constantly babbling chapter and verse from the MSNBC bible, you’re just isolating them more if you cease contact with them.

People who have gotten out of cults often talk about someone who was non-judgemental about them as a person who remained close throughout the cult experience, and was there to help them get out when they were ready. Reminding them that their lived experience is nothing like the promised land they keep getting fed with things like “Hey, if it’s working for you, that’s cool with me” and “Yeah, but are they actually doing that? I know they talk about it a lot…” and “Hey that’s a weird thing they’re doing. Why are they doing that? That’s odd.”

I guess the one thing to remember, and I’m sure we’ve all experienced this, is when we finally worked out that we’d been duped about what’s happening in the world, it wasn’t accompanied by a big parade with bunting and a piñata. It was a horrible quiet internal foot-fall of hot-faced humility as we came face to face with our own gullibility.

It takes a whole lot of courage to face the fact that you’ve been defrauded. The firebrand lawyer of the DNC fraud lawsuit Elizabeth Lee Beck told me once in an interview a while back that one of the most challenging things about a fraud case for the victim is having the courage to admit that you’re a victim in the first place. She said that such is the hard-wired nature of victim-blaming when it comes to fraud that even now, the defense nearly always puts forward the notion that it was the victim’s fault for being duped.

Of course, that’s thrown out because fraud is only fraud when someone is tricked into doing something against their will. The courts are clear on that. In everyday life though, our ego wants to be in control, it wants to think it knows what it’s doing, and it hates the idea that someone could have been taking us for a ride, and it will resist grokking that for as long as it can.

Realizing you’ve been duped is pretty humbling, and having someone close to you give you a hug and say “Yeah, me too, don’t worry about it, they’re tricky bastards! Gotta give them that!” followed by a reassuring “Never mind mate, we see them clearly now” is the best recovery remedy you can give them. As victims are waking up out of a cult, they go through a stage where they fear the mockery and disownment of the outside world. Having a friendly face say “Yeah, don’t worry about it, happens to all of us” is huge relief.

It’s tricky. Just keep reminding them that they deserve better than this. That’s key.

Whenever I try to talk about the evil things the US power establishment is doing, I get a bunch of Americans saying how awful and stupid their countrymen are. This is directing the power of your hatred at the wrong people. Stop blaming the evils of the elites on their victims.

America is not its oligarchs. Can I repeat that? America is not its oligarchs. Because I get that from both sides of the aisle: well-meaning lefties are all like “Oh my god, we’re so stupid, why do you even bother with us?” and conservatives come at me with “Why do you hate America?”, but Americans are not their oligarchs. I hate the oligarchs, not the Americans. The oligarchs are stupid and depraved, not the Americans. It’s the oligarchs whose imagination is so dim that they can’t dream up a solution to a problem that doesn’t involve killing swathes of humans. They are the stupid ones, and they are the ones I hate.

I do not hate their victims.

Yes, ultimately we all have our own responsibility to find our way to truth to the best of our ability, but we should cheer when that happens, not attack and victim-blame when it doesn’t. We should point the power of our rage at the victimizers and abusers. The American people are not stupid, they are being propagandized. And it’s not a secret who’s propagandizing them.

This is an excerpt of The Daily Wrap Up 2/14/21 As always, take the information discussed in the video below and research it for yourself, and come to your own conclusions. Anyone telling you what the truth is, or claiming they have the answer, is likely leading you astray, for one reason or another. Stay Read More…

Who To Believe On Washington’s Korea Policy, Tillerson Or Trump?

President Trump has often said that his foreign policy objective was to keep his enemies guessing. If that’s the goal, you could say that he’s doing a good job. The problem is who does he think his enemies are, because the American people are often left guessing as well. US policy toward North Korea last Read More…

The neocon of neocons went on MSNBC this week to announce that the deep state has a “grip on Trump” and he now looks like George W. Bush. (TFTP) It is official. The deep state has admitted that Trump is now under their control and it is now business as usual — just like it Read More…

One Reply to “Americans Are In An Abusive Relationship With Oligarchy, And It’s Not Their Fault”