As you no doubt remember, dear reader, I kicked off 2017 with my customary look at the year ahead. This year’s prediction? “2017: The Year of Technocracy.” As I observed lo those many months ago:

“I find it more and more difficult to shake the conviction that technological developments will shape the narrative of 2017. If this does turn out to be so, it would hardly be the start of some new, never-before-seen trend. Yet even though it’s no longer novel to observe that the pace of technological change is accelerating, there are certain inflection points where those changes stop being so theoretical and start impacting our daily lives. I contend that we are living through one such inflection point right now and that it will manifest in all sorts of ways over the next year.”

So how did that prediction fare? Well, if this headline from the loyal propagandists at Bloomberg doesn’t tell the story, nothing does:

As I indicated at the start of the year, my point isn’t that there’s something new in the concept of rule by a technological/scientific/engineering “expert” class. As attentive viewers of Why Big Oil Conquered the World will recall, that idea has been kicking around under the name “technocracy” since Howard “Total Fraud” Scott and King “Peak Oil” Hubbert incorporated Technocracy Inc. in 1933.

And it’s not that there’s some new trend in technology itself. Granted, the one thing that Kurzweil and the singularists are right about is that the rate of technological innovation is exponential, but I’m not saying 2017 marked some magic inflection point in that exponential trend.

My point is that the PR campaign for technocracy has now kicked into full swing, and we’re starting to see what a world of tech gadgets engineered and programmed by an elite technocratic class (at the behest of their billionaire backers) would really look like. And as scary as that prospect is, that’s not the worst part. The worst part is that the vast majority of the general public is going to clamor for such a world. 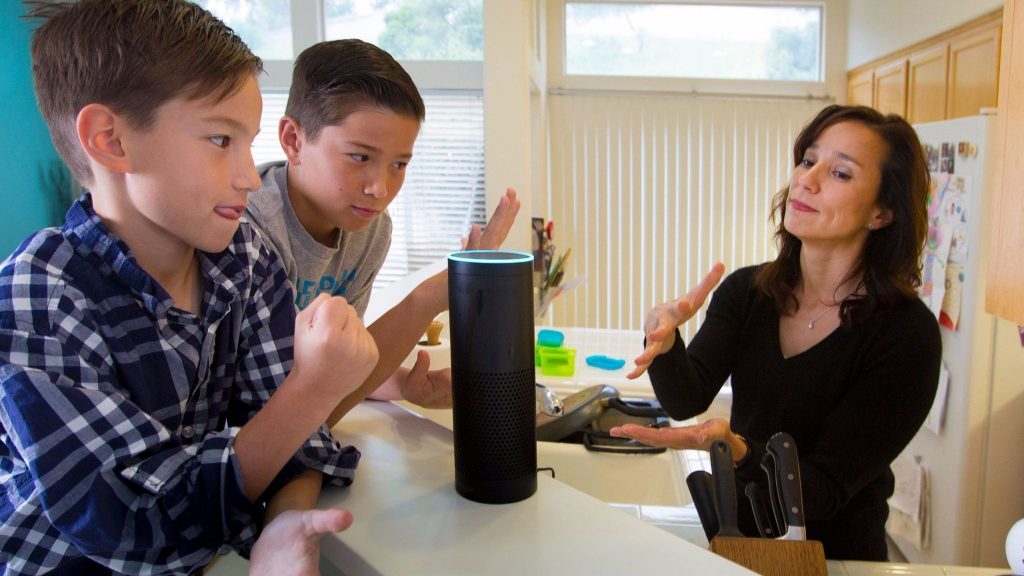 Yes, the Amazon Echo, that spymaster’s dream-come-true that I featured in my original “Year of Technocracy” article. As you’ll recall, I was writing about the case of James Bates, on trial for the death of his co-worker, Victor Collins, at his Arkansas home in 2015. As I noted at the time, prosecutors were pressuring Amazon to hand over the records of whatever Bates’ Echo had recorded in his home that day. For those keeping track at home, Bates eventually saved Amazon the hassle of pretending to fight the request by voluntarily handing over the records and the charges were eventually dropped.

But still, here we are. We live in a world where a little device is sitting their in our homes (well, not my home, but you get my meaning) listening to absolutely everything we say and do, recording that data and (presumably) beaming that info back to its corporate mother ship. And this is not some nightmarish sci-fi dystopia where Big Brother has forced everyone to install this dastardly device. People buy it.

So perhaps it is appropriate to cap this Year of Technocracy with this little nugget of news: Amazon has just revealed that its best-selling item this holiday shopping season was…

That’s right! The cute little “smart speaker” that allows you to (as the tagline puts it) “add Alexa to any room” is now available for the low low price of $30! How could you afford not to put this totalitarian tyrant’s wet dream in every nook and cranny of your always-on 24/7 smart house?!

Yes, for some reason Amazon slashed the price on their little surveillance gadget for Black Friday and never bothered to put it back to its full list price. It’s permanently on sale. Almost as if Amazon is willing to take a loss on shipping these technocrat tools. I wonder why that would be? Whatever the case, it takes two to tango and people are evidently willing to pay Amazon to install these wiretap widgets right there in their own homes. A sign of the times if ever there was one.

So is all of this a little too depressing for this joyous festive season? Am I harshing your eggnog mellow with all this technocratic talk? 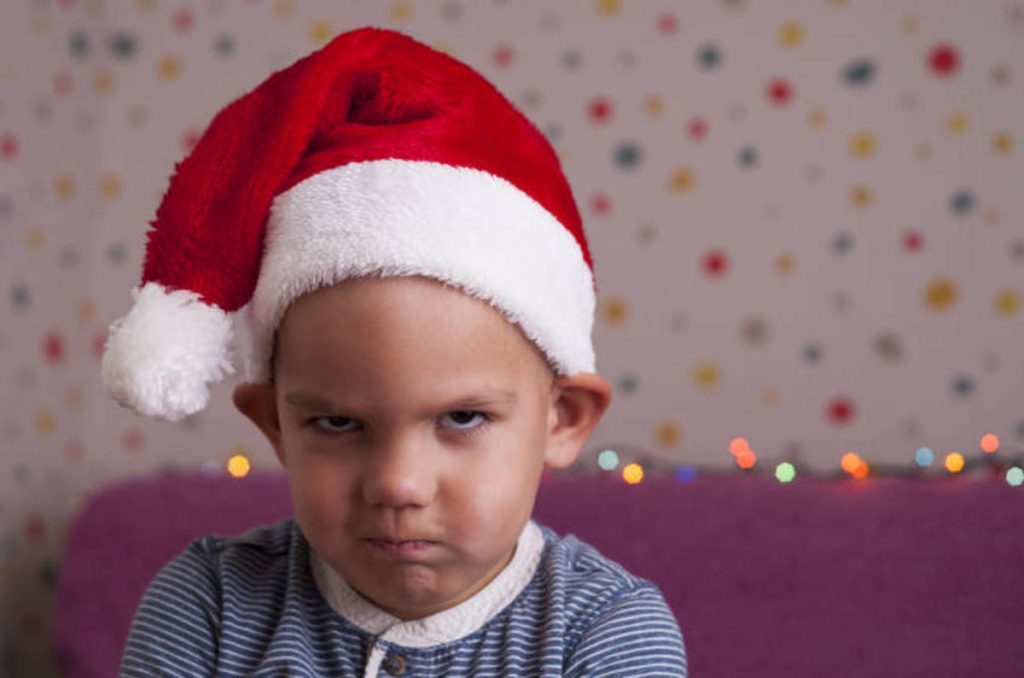 My apologies. Well then allow me to extract a hopeful holiday homily from this depressing dissertation of doom.

Let’s follow the train of thought back to the station: The Echo Dot sales figures show that the public is literally buying into the dream of the technocrats (and, more to the point, their billionaire backers). Which means that the technocrats are actively engaged in selling this dream to the public. Which means that the public’s acceptance and adoption of this vision is important to the would-be rulers of society. Which means that, as with every other agenda that I identify and rail against, it is still up to the public whether they will passively allow (or even participate in) their own enslavement, or whether they will steer these trends in a different direction.

It’s a simple point, and it was made with eloquence by Étienne de La Boétie in The Discourse on Voluntary Servitude almost 500 years ago, but it bears repeating:

“He who thus domineers over you has only two eyes, only two hands, only one body, no more than is possessed by the least man among the infinite numbers dwelling in your cities; he has indeed nothing more than the power that you confer upon him to destroy you. Where has he acquired enough eyes to spy upon you, if you do not provide them yourselves? How can he have so many arms to beat you with, if he does not borrow them from you? The feet that trample down your cities, where does he get them if they are not your own? How does he have any power over you except through you? How would he dare assail you if he had no cooperation from you? What could he do to you if you yourselves did not connive with the thief who plunders you, if you were not accomplices of the murderer who kills you, if you were not traitors to yourselves? You sow your crops in order that he may ravage them, you install and furnish your homes to give him goods to pillage; you rear your daughters that he may gratify his lust; you bring up your children in order that he may confer upon them the greatest privilege he knows — to be led into his battles, to be delivered to butchery, to be made the servants of his greed and the instruments of his vengeance; you yield your bodies unto hard labor in order that he may indulge in his delights and wallow in his filthy pleasures; you weaken yourselves in order to make him the stronger and the mightier to hold you in check. From all these indignities, such as the very beasts of the field would not endure, you can deliver yourselves if you try, not by taking action, but merely by willing to be free. Resolve to serve no more, and you are at once freed. I do not ask that you place hands upon the tyrant to topple him over, but simply that you support him no longer; then you will behold him, like a great Colossus whose pedestal has been pulled away, fall of his own weight and break in pieces.”

We have a choice in all of this. No, we have millions and millions of choices, and we are making them every minute of every hour of every day.

When you buy an Echo Dot for your home, you are making a choice.

When you search for something on Google, you are making a choice.

When you upgrade to the latest fondleslab so you can take advantage of Face ID, you are making a choice.

When you get the notice that the smart meter is being installed in your house and you do nothing, you are making a choice.

Millions of choices, each and every day. And make no mistake, they are choices. Don’t forget my follow-up article to the “Year of Technocracy” article, “Decentralize Everything: How To Avoid the Technocratic Nightmare.” The future isn’t set in stone. Or even silicon.

Alright, alright. Still a little too serious for the New Year’s break? Then go back to your eggnog and merrymaking. Don’t worry, we’ll have plenty of time to explore this in greater depth in the new year.

And for those of you who are up for a little bah humbug, here’s a quick refresher in the year in technocracy. Enjoy!

Data is the New Oil

Employees Getting Microchipped in the US

We Need To Stop Normalizing This

Welcome to The Daily Wrap Up, a concise show dedicated to bringing you the most relevant independent news, as we see it, from the last 24 hours (1/12/19). As always, take the information discussed in the video below and research it for yourself, and come to your own conclusions. Anyone telling you what the truth Read More…